How to plant a pear

Grafting fruit trees is not accidentally considered one of the most interesting and useful gardening techniques. It allows for short time to grow a tree with the desired properties, to improve the quality of the fruit and even bring them new varieties. At the same time, it is one of the most complex horticultural techniques and requires not only appropriate knowledge but also certain skills. To graft fruit trees such as pear or Apple is successful, it is necessary to observe some rules. 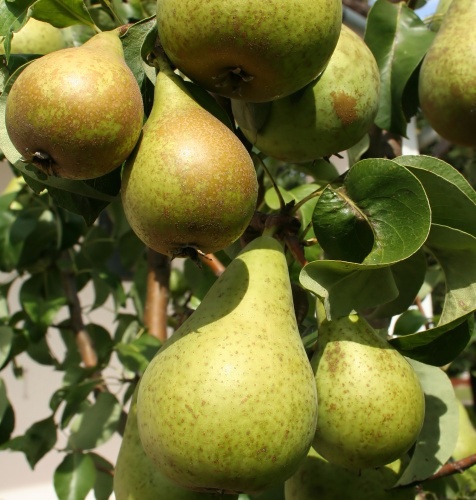 Related articles:
You will need
Instruction
1
Before you start to cultivate a tree, it is necessary to objectively assess his condition. If the height of the pear more than 4-5 m, and the increase is less than 30 cm per season, if the crown is greatly thickened, malformed and poorly lit – pre-tree needs intensive care and rejuvenation pruning. Otherwise, the vaccine will do no good.
2
To instill a pear is required, taking into account the compatibility of rootstock and Scion on their biological cycles. This means that you should not try to graft on a rootstock with a summer variety the stalk of the tree from late autumn or winter period of fruiting. The same applies to winter and summer varieties of the Scion grafted onto one rootstock – some of them will feel depressed and most likely die.
3
Inoculation of trees can be done in two different ways: by grafting cuttings, called topolyovka, and Bud grafting or budding. Regardless of the type of grafting grafted onto the Scion (cutting) should have a still unopened, dormant buds. This grafting material is harvested in advance from November through March and stored in cold room at a temperature of not higher than 2-4 degrees. Seed plants, which include pears, beginning to instill in the spring during active SAP movement. Inoculation of pear can be carried out up to the end of flowering of a tree, it wouldn't hurt him.
4
Unlike ornamental shrubs and stone fruit trees, pear and Apple trees usually grafted from the cultivated plants to the wild. In cases when you want to obtain low-growing varieties of pear, vaccination can be carried out on rootstock quince. In addition, according to the observations of many breeders to graft a pear on quince rootstock allows to obtain more sweet and large fruit.
5
Directly before vaccination need to prepare all the necessary tools and materials to carry out this operation quickly accurately. To do this, in addition to the grafting material (cuttings) will need a sharp okulirovannyh (for kopulirovka) knife, secateur, one-handed saw, garden var, plastic film and insulating tape and transparent plastic bags. Okulirovka the blade of the knife must be very sharp and clean, so as not to introduce infection into the wood.
6
Variants of grafting pear coulibay (handle) there is quite a lot. The most common and simple are:
- simple topolyovka (preklad);
- improved topolyovka ("tab");
- topolyovka the split and under the bark.The choice of method depends on the size and condition of the Scion and rootstock, as well as on the skills of the grower. After setting the Scion, grafting zamatyvaetsya tight elastic or electrical tape, and all open cuts and joints are smeared garden pitch. Then for the best fusion put on top of plastic bags. If the Scion is long enough, over it is desirable to establish a protective arc from birds, to avoid breakage. As arcs are convenient to use elastic young shoots of willow or hazel.
Is the advice useful?
Подписывайтесь на наш канал