How to make a pyramid out of cardboard

Shapes and structures in the form of pyramids there are in every culture and since ancient times people knew about that pyramid shape have a special power and affect the life and health of people. Today, with the help of the figures in the form of pyramids can home to experiment with the energy field of the food, water, and even try to treat diseases using own little pyramid. Of the available materials you can make a simple cardboard pyramid in the proportions of "Golden section". 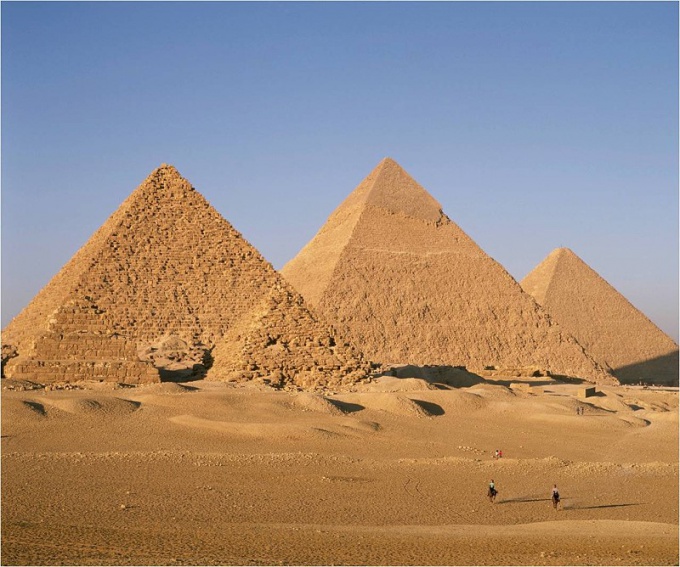 Related articles:
Instruction
1
The primary value in the pyramid, built on the Golden section, is 7, 23 see Also you need to know the ratio of the Golden section, which is being studied in schools on the lessons of geometry – it is equal to 1,618.
2
Multiply by by 72.3 1,618 – you will get the result that you want to round to the nearest whole number in millimeters. This number will be the length of the base of the pyramid (117 mm). The height of the pyramid will be 72 mm.
3
Calculate the size of the triangular faces of the pyramid, using all known the Pythagorean theorem. Following settlement you will receive all sizes for manufacturing of model of a pyramid – the base of the pyramid will have a length of 117 mm, its height is 93 mm. If you don't want to have an empty pyramid, and want to do for her bottom, multiply 117 by 117, to form a square base.
4
According to the calculations, draw on cardboard, plywood, plastic or other material selected for bonding of the pyramid, all the details. Cut parts of a pyramid of cardboard with sharp scissors – you get four of the same triangle.
5
All of the triangle parts spread out on a flat surface, and connect them to the brink. Edges of adjacent triangles temporarily connect masking tape. Adding the last triangle, assemble the parts, raising the model in the vertical plane.
6
Neat stitching edge, achieving maximum clarity. The angles of the triangles should ideally be aligned at the top, and the corners should be aligned on the base. Glued right pyramid obtained accurate and stable.
7
The seams of the pyramid from the inside cover with adhesive. It's enough if you decided to make a hollow pyramid. If the pyramid is planned the bottom, it needs to be glued separately, at the end of the entire work.
8
Remove the auxiliary tape from the seams of the pyramid, and then set up her own energy to the pyramid worked in your favor.
Is the advice useful?
See also
Подписывайтесь на наш канал