How to appeal against the decision of the court

If you do not agree with the decision of the court in the case in which you were held as one of the stakeholders, you have 10 days to appeal against it in higher court. To do this you must submit to the office of the courtwhere the case was heard, the appeal. 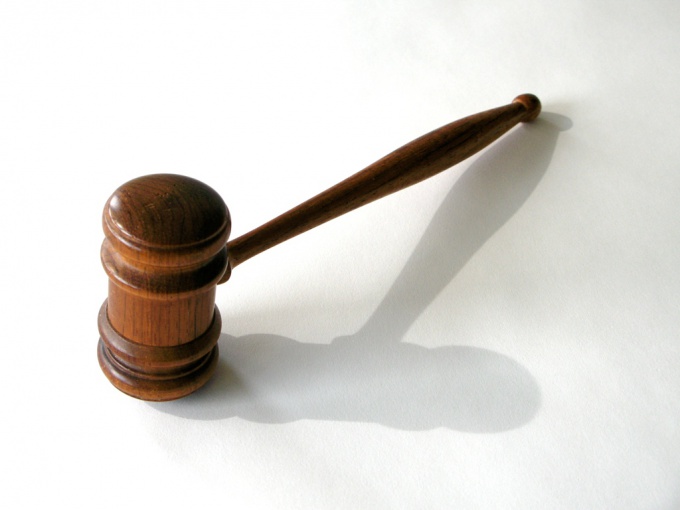 Related articles:
You will need
Instruction
1
At the conclusion of the trial the first thing to ask the Registrar of the courtwho participated in the hearing, when you can get a court order. At the appointed time will appear in its own instance verdict. You'll need it for drafting the appeal.
2
To compile the appeal should be approached very seriously. It is best if you will help of professional lawyer, which can be found in the nearest legal advice. Usually, his help will cost from a few hundred rubles depending on the complexity of your case.You can also compose the text of the complaint themselves. But then it is better to show it to a professional lawyer, listen carefully to his comments and, if necessary, make changes to the text.In the complaint, as well as any other official document is no place for emotions. You have the right to disagree with the decision of the court, but it must be done within the canons of proceedings and applicable law.
In this case, the optimal method of presentation - a dry legal language.
3
Carefully read all the provisions of the legislation referenced by the court in its decision. Literally write down the wording, make sure they're all spelled out in the existing laws and commentaries. If the court or that the provision interpreted, in your opinion, is wrong, feel free to refer to the relevant paragraph of the law, subordinate legislation or other document.
A lot of useful things you can find in various documents emanating from courts of first instance. The recommendations contained therein are often binding the lower courtand the decision on your case may not meet these requirements.
To find these documents on the website of the Supreme court of the Russian Federation and other courts depending on your case.
4
Written complaint read several times. Make sure whether you are referring to specific regulations, there are no confusion in dates, numbers, names etc. Any inaccuracy in the consideration of your complaint will be interpreted not in your favor. Check whether they comply with the formal requirements for such documents prescribed in the provisions of the law.And only when you are sure that everything is in order, you can print it out, sign and take to court.
Be sure to leave a second copy. It will come in handy when preparing to consider your complaint, in which the higher court may agree with your arguments or not. And often his decision depends on your argument in the text of the complaint and in the hall of the court.
Is the advice useful?
See also
Присоединяйтесь к нам
New advices