How to write memo to employee

The full official name of the document is a memo. This genre is currently in Vogue mainly in state institutions and large companies. In the small and medium business conflict situations for which a report is used, often solved verbally, but sometimes used in written form. 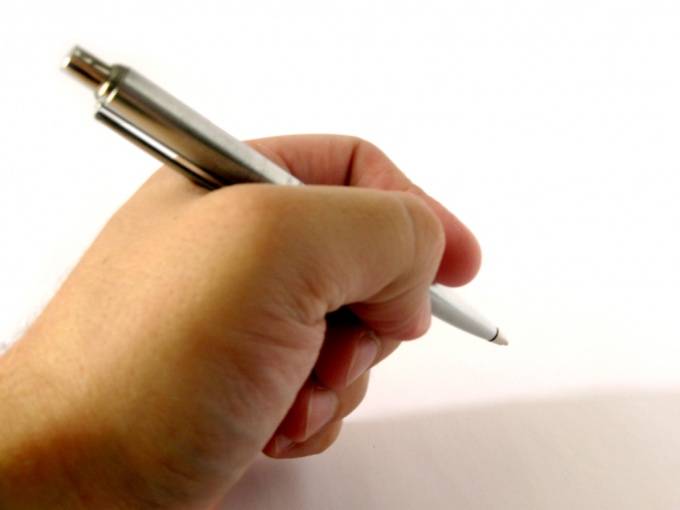 Related articles:
You will need
Instruction
1
Memo to apply the same requirements as for most formal documents. It should be information, who (the head of Department or organization) and from whom it is addressed.
All these data are placed in the upper right corner of the document, and the section referred to as the "cap".
The first line indicates the position of the addressee of the memo, below - the organization name, then last name with initials.
More below in the same order, except for the organization name: title and surname with the initials of the author of the memo. If the post is long, it may span more than one row.
2
Under the "cap", usually with the retreat of several lines is written the name of the document - a memo. This is usually done in small letters, at the end of a dot. Also let the option when it is typed in big letters, the point is not put.
In any case, to place the name should be in the middle of the line (when typing in text editor - using alignment center).
3
Below outlines the incident served as a pretext for writing a report: which of the colleagues, subordinates or senior positions, when and under what circumstances, what was done and why these actions the author of the report considers unacceptable.
To invoke, arguing the inadmissibility of the action, not only on the norms of the current legislation, but also with internal rules, where appropriate, to appeal to the harmful consequences of the offense for the enterprise (for example, disruption of production schedule due to the fact that the employee without good reason has not complied or is not timely completed its work). If the actions that gave rise to the report, damage was caused to the firm, it is also necessary to specify.
4
After completing the presentation of the incident, you need to go to what the author of the report asks the addressee. Usually, it is assumed the adoption of certain measures to restore order.
Under the text of the memo date. Then the finished document is printed and certified by signature.

The authors may be several. In this case, all the lists in the "cap" and painted by the report.

Then the document transmitted to the addressee in person, via the Secretary or on the corporate mail.
Is the advice useful?
See also
Присоединяйтесь к нам
New advices