Since the release of the first part of Assassin's Creed game has won millions of fans around the world: a fascinating story, great graphics, a wide variety of tasks and intuitively simple operation. The second part of the game puts the character Ezio auditore in Renaissance Italy, where he will have to find the culprits in the death of his father and brothers and to find both particles of Eden. Uncle Mario shows Ezio armor of Altair - their long-standing relative - hidden in a secret vault at the family Villa in Monteriggioni. To access them, you have procured all print assassin. 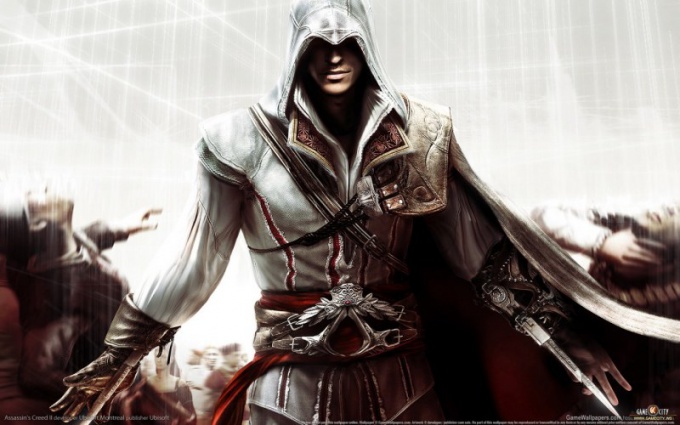 Related articles:
Instruction
1
Each of the six seals of the assassin hidden in the tomb. They are scattered in five cities, and as you progress through the assignments will be marked on the map as a black square with the symbol of the assassins. To reach the chests with seals, you'll have some work to do, but you will train in jumping and climbing.
2
The first assassins tomb is in Florence. After a conversation with La Villia in Santa Maria Novella you will have to catch up with the fleeing Fox, who will lead you into the catacombs. This is the easiest for the passage of the six tombs: the path you specify, you only need to carefully overcome obstacles and kill some guards.
3
The second assassins tomb you will find here, in Florence, in the famous Cathedral of Santa Maria Del Fiore. Overcome a long way on the ledges on the walls, beams and chandeliers to the highest point of the building. On top of the dome you'll find a treasure chest in which is hidden the second seal of the assassins.
4
The plot of the game leads the hero to Tuscany, San Gimignano, and on the map to open the third treasure. The entrance to the Tomb in Torre Grossa hidden in the fountain in a narrow alley near the tallest tower in the city, San Giminiano. Find a way out of the dungeon to the top of the tower, having dealt with the guards, and open the sarcophagus with the seal.
5
After arriving in Tuscany, you will discover another tomb, Ravaldino. The complexity of this stage you will provide a locking camera, set a time and difficult jumps. But a little practice and getting used, you'll get to the crypt with the fourth seal.
6
On arrival in Venice you will have to complete the quest chain, after which the map will be the fifth tomb of the assassins. To find the entrance to it, you can on the roof of the Doge's Palace San Marco. We have four tests, the purpose of each of them to reach the lever that opens the secret door. The path to them short and simple, but will have to hurry. As soon as you hit the last lever, the floor of the Cathedral will fall and you will be taken to a secret vault. Open the chest and get the seal of the assassins.
7
The last seal is hiding here, in Venice, in the dungeon of the Cathedral of Santa Maria Della Visitazione. The most challenging of all tombs: after a short jog and a showdown with the guards you get to the underwater temple. To open the gate, you'll need to pass short but complicated difficult jumps of the path and press the four levers. And all this for a relatively short period of time, with no margin for error. Upon entering the temple, open the sarcophagus and take the last seal.
8
Now that all six seals you have, go to Monteriggioni. Go down to the secret room - the one where the armor of Altair. There you will see six statues. Go to each of them and place the print in their base. The locks holding the long-awaited armor will unlock and you will get not only a beautiful dress, but also a significant boost to the health of Ezio.
Is the advice useful?
Подписывайтесь на наш канал