How to get NFS Most Wanted

Computer game NFS Most Wanted was released a few years ago, but she still has not lost its popularity. This is quite a difficult racing simulation game that many gamers never got through even half. Maybe there are some secrets of passing NFS Most Wanted? 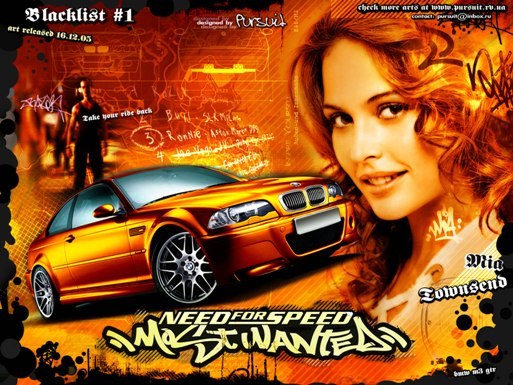 Related articles:
A few years ago the simulator of street racing Need for Speed Most Wanted made a huge splash. To this day this game remains one of the most popular in the line of cult for any fan of virtual racing games Need for Speed. Dynamic plot, stunning graphics, realistic gameplay and one of the best soundtracks for such products – this is what distinguishes this game from the dozens of others.

NFS Most Wanted: secrets of a successful career

First of all, before the game, select the "easy" level of the passing game. No matter how advanced and cool user driver you can not think, Need for Speed Most Wanted – in itself quite a difficult game. Selecting "medium" or "hard" difficulty level at the beginning of your virtual pilot career and realizing that can't handle it, you will not be able to change the level on an easier. This is possible only in the case if you start the game again.

At that stage of career when the first race has already passed, you have the opportunity to buy a car. Of course, while you available the car with the minimum performance in terms of speed, control and acceleration. The best one is the Cobalt SS, it is the third in the list of cars. Do not hesitate to buy it.

In the future, it is not necessary to spend all available to your character cash for car tuning, upgrade only the office, nitro and speed. For this you can buy new engine, suspension, brakes and other important details. The money you need when after a victory in the Black list 10 will be available at Porsche. This is the best car possible, and you can successfully travel to the end of the game. Before that new car is better not to buy, and defeat opponents. Old cars you can sell and money to spend on tuning your Porsche.

How to outrun the cops in NFS Most Wanted?

Feature of this game is that you can't go to the competition with the boss of the level until, until you gain the required number of points in the confrontation with the police.To them it was not very difficult to put down, choose the highway to rosewood. There almost all along the route there is space for maneuver, avoiding the police exhibited "rhinos" and spikes.

Ideally you want to have in your garage two cars, one of which is used for racing and the other for the chase with the police. In this case your main car is not familiar and will not be searched for by the guards.

These simple rules will allow you over time if not pass NFS Most Wanted, you reach the most difficult levels of this game.
Is the advice useful?
Присоединяйтесь к нам
New advices