As a meat tenderizer without a hammer

The secret of cooking tasty meat lies not only in the recipe, but also in technology, its pre-processing. Sometimes it really is not so soft as we would like. The situation may save him a beating before cooking. Even the most high quality meat benefits from this. The beating makes it not only soft but also juicy. Usually working use a special hammer. However, with this task perfectly cope and other handy items. 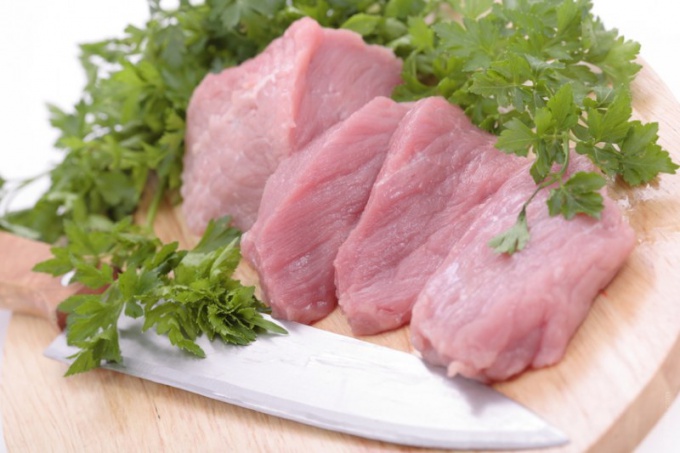 Related articles:
You will need
Instruction
1
Meat tenderizer in the absence of special you can hammer with a knife. This would require a heavy and thick knife. Cut the meat into pieces and return them is not sharp, and the back side of a knife in different directions. You can also use the handle of a knife, if it is wide enough.
2
To make the meat soft and regular glass bottle, or rather her neck. When pitching them pieces of meat are even softer and lighter than when hitting with a hammer. To do this, simply tap on the piece of meat of the neck. However, you can fight him off and the bottom of the bottle. In this case, it is advisable to pre-fill it with water.
3
Good function hammer handle a rolling pin and a wooden tolkushkoy for mashed potatoes. Just don't overdo it. Excessive beating can turn juicy meat in the dry.
4
You can recapture the pieces of meat with the flat side of the pan. Only they must be pre-wrapped in plastic film or plastic package for hygiene purposes.
5
The role of a meat mallet will do a great job stone. You need to find cobblestone povesila, put it in a plastic bag and only after that, start hitting the meat.
6
A piece of meat can fight off the base or edge of your palm. However, beat - it loudly. Rather, you have just to soften the meat.
Note
Try not to beat the meat to the holes, you only have to slightly "stretch" it, that is, to make thinner.

To recapture a piece of meat, the thickness of which is less than 2 inches, it makes no sense. In this case, you will not improve, but rather only adding to its flavour and juiciness, as a result, the piece of meat after frying to be "cracker".
Useful advice
Before hitting the meat, dampen the cutting Board with cold water to dry wood does not absorb meat juice.

Blood to splatter from meat flew in different directions, put it in a plastic bag and only then return.

The process of pounding meat was virtually silent, put a cutting Board under the towel.
Is the advice useful?
See also
Присоединяйтесь к нам
New advices