How to move house

Technology transfer from place to place the whole building without demolition is known to have the 100th anniversary. If you want to move your structure, for example, in the country, you need to strictly adhere to the instructions those people who are much before you were engaged in such movements. 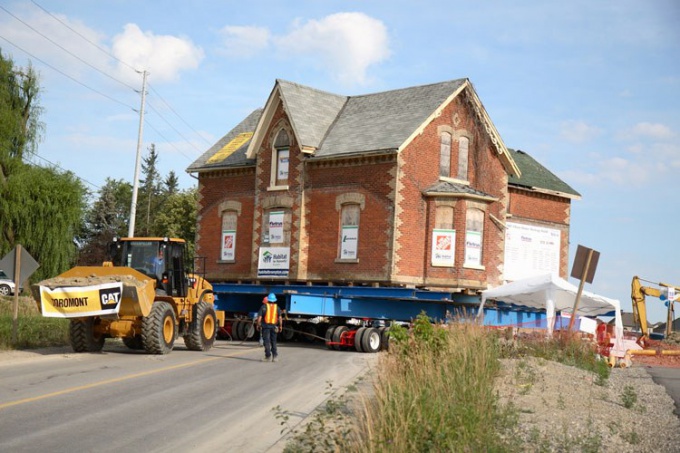 Related articles:
Instruction
1
First and foremost you need to solve the problem with the way without any loss, very carefully "remove" the house with the Foundation. If the building is not heavy like the shield country house, move under the ropes and using a crane start to lift. Don't raise too high, may collapse.
2
Move house to new place which already must be ready for new Foundation. Strengthen it in a new place.
3
If your goal is an ordinary building, the technology will be somewhat different. With the help of the special equipment cut off the house from the Foundation, then pull his iron rails. To cut the Foundation by using special grinders for concrete. Be prepared for the fact that this process will take you a lot of time.
4
Do not forget to prepare the house the way to his place of displacement. Pave the way, usually the tracks. To a steel ring that compresses the house, attached the cables, then pull the house ready the paths of movement. It just seems that this procedure takes too much time. In fact, to really move the house 13 meters in just 41 minutes. But to prepare such a move may take about 4 months.
5
Alternatively, it is possible to move house on to services. Them instead of rails should be stacked around the route of the building. Also, the house stretches on the ropes. Only "go" it will be a bit faster than on rails.
6
Previously, the movement of houses used horsepower, i.e. to the ropes, pulling the house to a new place, harnessed the horses. Today progress does not stand still and if you want to move house using dump trucks and other heavy machinery.
7
In some cases, the use of the following technology. House cut from the Foundation under him stretch the cables, the more the better. Using the crane gently lift the house at the height of the car loaded on a tow truck. Then transported to another location.
Useful advice
To cause the building less damage, experts recommend that before driving to remove doors and Windows. After moving them back.
Is the advice useful?
See also
Присоединяйтесь к нам
New advices