How to determine the scale interval

Scale and measuring instruments used for quantifying variables. The range of numeric values may be plotted on a straight line, on a circle or part of circle. To use required the presence of a moving pointer on a scale. 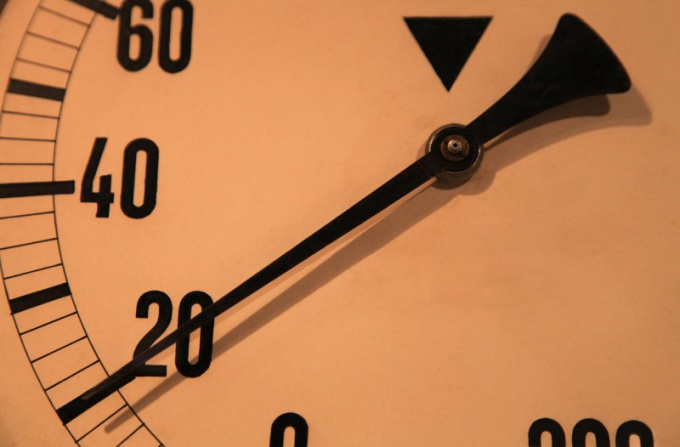 Related articles:
Instruction
1
To determine the scale division value is not enough to see only the bare layout without any signs. Need to know what the value of measure scale. You can determine the amount of gold by the bushel for grain, but the result of such a measurement would be very approximate. Scales and measuring devices tagged values, to determine which uses this device. For example, the V appears on the voltmeter. The inscription t◦C means that before you thermometer with Celsius.
2
In addition to the measured value, it is necessary to know the units of this value. Of course, the visual difference between a centimeter from inch is easy to get lost in the units on a conventional drawing the line is impossible. But without any special markings you don't recognize that the device in front of you — ammeter or milliammeter. And confusion with electrical devices-prone circuit.
3
You must know the limits of the measured value. Outdoor thermometer is able to measure negative temperatures, a bath thermometer is designed to measure a narrow range of temperatures within a few degrees of temperature of the human body.
4
In different cases require different accuracy of measurements of the same quantity. Street thermometer determines the temperature with a precision of a whole degree, a medical thermometer capable of monitoring changes in body temperature accurate to a tenth of a degree.
5
To determine the price of division of the marked scale, first determine the quantitative value signed between the two marks as a difference between two adjacent numbers. For example, for a training range of the difference between any two numbers - one centimeter. And the speedometer difference between the figures may be ten kilometers per hour.
6
Count the number of divisions within the boundaries of the selected plot scale. Divide the numerical value of the interval the number of intervals between minor divisions. If the line between the two numbers, ten small divisions, the price of one such division will be equal to one tenth of a centimeter, or one millimeter. If the speedometer between the two numbers with a difference of ten miles per hour only one division, the gap should be divided in half. The price of division - five kilometers per hour.
7
Thus, the scale value may be equal to the unit of measurement on this scale or to contain multiple units. And it is possible to scale in fractions of a unit.
Is the advice useful?
See also
Подписывайтесь на наш канал