How to write a letter of explanation at work

To err is human. To work to mitigate the punishment or even avoid it, you need to be able to competently present your case in an explanatory note. From the correct made up "acquittal" of a document often depends on the career. 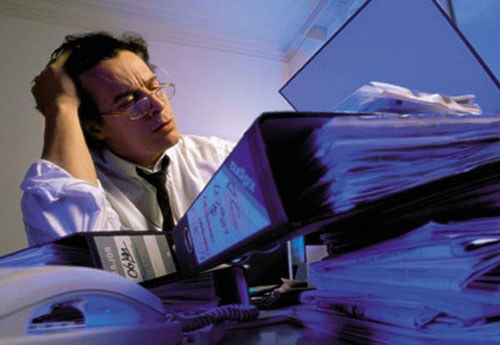 Related articles:
Instruction
1
An explanatory note is written confirmation by the employee of his guilt. So before you write, carefully review your rights and responsibilities. However, it had to be done immediately upon beginning of work on this post. If you do not see anything wrong in their actions, unable to abandon the writing of this document. According to part 1 of article 193 of the Labor code, the authorities may not interpret your refusal to explain as a disciplinary offence. However, note that in case of failure, you risk to spoil relations with management.
2
In the case where there is no possibility to waive the preparation of an explanatory, not begin to write it immediately. Take a time out, consult with lawyers and colleagues. During this time your emotions will settle and you will be able to be quite realistic to Express their point of view on the incident. From your written confession depends on many things, including the possibility of fines, demotion or even dismissal for non-compliance position.
3
Write this document in the classic version. This means that first, it needs to be no larger than one and a half sheets of A4, but preferably less. Unless of course, your work is not connected with responsibility for human life and this incident is not related to their death. Second, write on the merits: the date and time of the event, your concrete actions and their basis. What guided you in making a decision. Don't forget to mention that in that situation you acted in connection with the current situation. Thereby you will soften the perception of their actions in the eyes of the one who will make the decision on your question.
4
Print an explanatory note on the computer, illegible handwriting can hurt you in the event of a review of the incident at the Commission on labor disputes.
5
The truth should not write, she still gets out and will turn against you. Don't justify your actions, describe them as if from outside, without emotion. Use only a dry bureaucratic language, i.e. the document should be simple and understandable statement of facts. Do not try to put the blame on his colleagues or other people involved in the case. Otherwise, instead of explanatory work emotional story, some bad people around you. Be sure to admit your guilt, if it exists.
6
Remember, the explanatory is not a death sentence. Life does not end, so consider how of the events to benefit. If you were in a former place of work, may be it makes sense to write the authorities a statement on how to address the shortcomings of the production process, which can further lead to such incidents.
Is the advice useful?
See also
Подписывайтесь на наш канал