How to calculate the chord of a circle

According to the definition of a curve in analytic geometry it represents a set of points. If any pair of such points to connect the cut, it can be called a chord. Outside of higher education institutions often consider the chord pertaining to the curve of the correct form, and in most cases this curve is a circle. To compute the length of chord connecting two points of a circle, not very difficult. 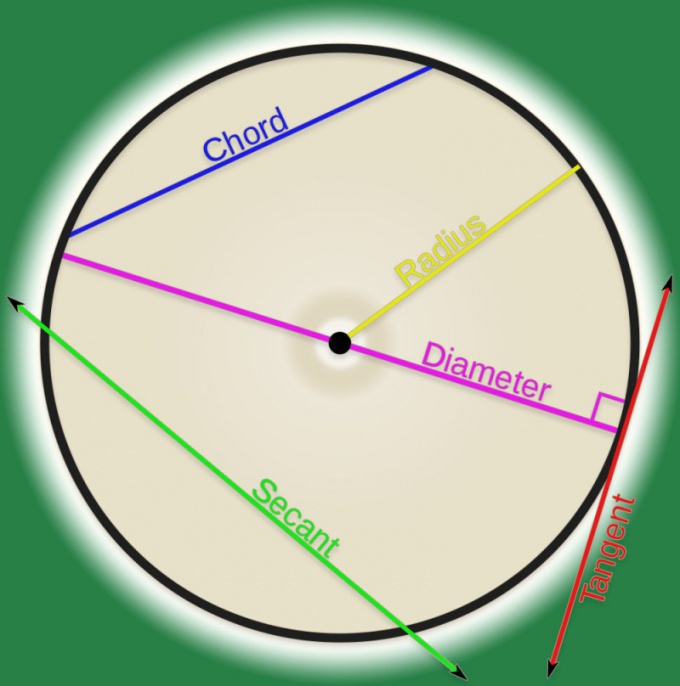 Related articles:
Instruction
1
If you draw two radii to the points of a circle, the bounding chord, and the angle between them will be called "Central". At a certain value of this angle (θ) and the radius of the circle (R) length of the chord (d) determine, after considering the isosceles triangle formed by these three lines. Since the known angle is opposite the desired side (the base of the triangle), the formula must contain twice the product of the radius by the sine of half that angle: d = 2*R*sin(θ/2).
2
Two points lying on a circletogether with a chord specify the boundary of some arc on the curve. Arc length (L) uniquely determines the value of the Central angle, so if it is given in terms of the problem along with the radius of the circle (R), to calculate the length of the chord (d) is also possible. The measure of the angle in radians expresses the ratio of arc length to radius L/R and in degrees, this formula should look like this: 180*L/(π*R). Substitute it into the equality of the previous step: d = 2*R*sin((180*L/(π*R))/2) = 2*R*sin(90*L/(π*R)).
3
The size of the Central angle can be determined without the radius, if other than arc length (L) is known the total length of the circumference (Lₒ) - it will be equal to the product of 360° to the length of the arc divided by the length of a circle: 360*L/Lₒ. And the radius can be expressed via the length of the circumference and the number PI: Lₒ/(2*π). Substitute all this into the formula from the first step: d = 2*Lₒ/(2*π)*sin((360*L/Lₒ)/2) = Lₒ/π*sin(180*L/ Lₒ).
4
Knowledge of the square sector (S) carved in a circle two radii (R), held at the extreme point of the chord will also allow us to calculate the length of this chord (d). The size of the Central angle in this case can be defined as the ratio between twice the square and the squared radius: 2*S/R2. Substitute this expression in the same formula from the first step: d = 2*R*sin((2*S/R2)/2) = 2*R*sin(S/R2).
Is the advice useful?
See also
Присоединяйтесь к нам
New advices