How to merge cells in a table

To work with data in spreadsheets today most often used the program Microsoft Office Excel. However, the table is often used not only for storing and processing large amounts of information, but also they are placed in regular text documents. To work with files of this kind, most other programs use a word processor Microsoft Office Word. In both applications the possibility of combining the neighboring table cells. 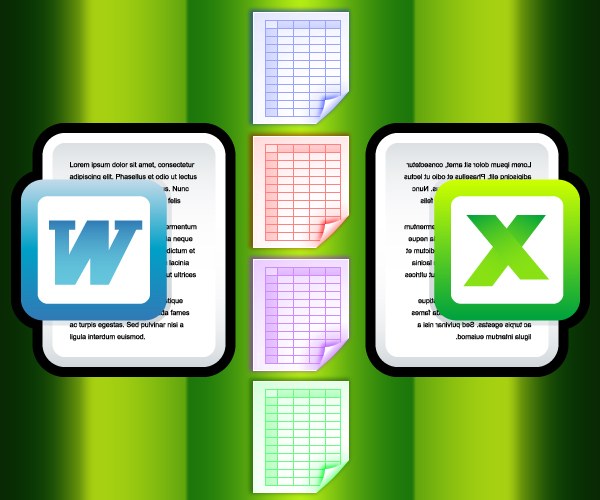 Related articles:
You will need
Instruction
1
In Microsoft Office Word then open the document, highlight the cells of the table that you want to connect. While in the menu of the Word program will add two additional tabs United by the General heading "Working with tables" - they appear whenever the user places the input cursor in the existing table.
2
Go to the advanced tabs, which has the name "Layout". In the group of teams "Association" click on the button with quite obvious for this operation called "Merge cells". Duplicate this command is in the shortcut menu that can be invoked by clicking the right button of the mouse on the selected cells.
3
In the same group of teams, "Combining" the "Layout" tab, find the button "Split cells". Despite the name it can be used as a more advanced tool for merging table cells. For example, after selecting a group of cells of four adjacent rows and the same number of columns, click this button and you will get the opportunity to create from this group the required number of cells. To appear on the screen dialogue set the desired number of rows and columns for the generated merge, and then click OK.
4
In Microsoft Office Excel after highlighting the merged cell open the drop-down list attached to the right bottom button in the group of commands Alignment on the Home tab.
5
Select the "Merge rows" if you want the cell was only connected horizontally, and line breaks are preserved. If you want a simple merge all cells into one, select "Combine and place in the center" or "Merge cells". However, if you use any of these three teams be careful as Excel will put in the merged cell, only the contents of the top left cell of the selected group. Therefore, this operation should be carried out to fill the entire table or group of cells.
Is the advice useful?
See also
Присоединяйтесь к нам
New advices