How to resist the hypnosis

One word "hypnosis" is called and the psychophysical state of a person, like drowsiness, hypnotic trance, and the impact that anyone can have on a person, to enter it in this condition. It is therefore conflicting opinions about whether all people are susceptible to hypnosis. 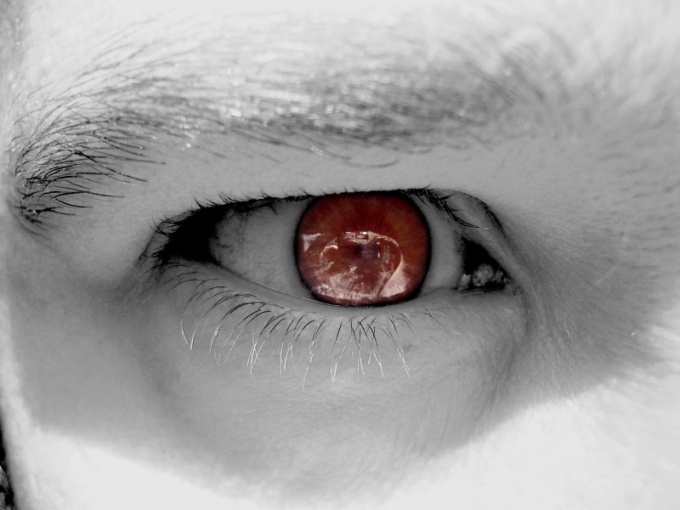 Related articles:
Instruction
1
If we talk about hypnosis, as a state, we can say that every person falls into a trance at least once a day, during the transition from wakefulness to sleep and Vice versa. At this point, your consciousness perceives reality less critical, and the subconscious mind, on the contrary, perceives and relates to many images of your desires and inner anxieties. Also you are in a state close to trance, when set free from reality when you're too tired, when the mind is overloaded with incoming information – sounds, smells, words. If we talk about hypnosis as the action, the goal of hypnotists is the introduction of a person into the trance and, with a good, or criminal intent, the use of it for suggestion.
2
Learn to recognize the ways of hypnotic effect. For example, the so-called "Gypsy hypnosis" is based on the overloading of consciousness – the hypnotist a lot, and incoherently tells, gesticulates, tries to touch you, dazzle you with the brightness of the clothes. Thus, all your channels of perception are "jammed" information. Auditory – talking, stupid questions, not allowing you to concentrate on anything. The visual play of colors, flashes lances and artificial stones, fussy gestures. Kinesthetic – strokes on the hand, then the back, then touch your shoulder, trying to hold with your fingers the palm of your hand. As you can see, all of this information, which is trying to bring down on you a hypnotist, "junk", chaotic, is not available under the other system. It forces the mind to "turn off". Also sometimes act in a sellers markets, scattering in front of you a colorful carpet products.
3
How to avoid "Gypsy hypnosis"? It's best just to turn around and leave. Why do you need to get in contact with people trying to cheat you? But what if you can't go? Laugh. It's up to you, and you can about yourself. Most importantly, be alert to funny hand gestures, turns of phrase, ridiculous movements. Thus your brain will put the "filter" to the endless stream that it is attacked, and this filter will be impossible to "bypass". It is easy to bring down a man with a certain thought, but everyone knows that when the "grazed by a funny bullet" - it is impossible to resist. In addition, laughter promotes the production of serotonin, and this hormone can defeat the state of chronic fatigue, which you so diligently immerse. While laughing you increases cerebral blood flow, there is a "recharging" of the body, and you can easily get rid of the influence of the "fair of the cardinal".
4
Another method of introduction into trance is based on the fact that the hypnotist, on the contrary, imperceptibly adapts to you. He starts to copy your gestures with a few second delay, to adapt to the pace and imagery of your speech, to catch your breath as he will be with you "on one wave", it starts to slowly change your behavior by slowing down their speech, gestures, breathing, and now you unconsciously are going to adapt to it. In a similar way, by the way, it's easy to lull a restless child. What to do in this case? The same thing you would do to conquer sleep – open the window and let the room cool air. Walk around the room, brew some tea or coffee. Change the subject of conversation lulling into a burning, one that will make your "gray cardinal" to argue with you.
5
These are the simplest techniques and methods of hypnosis for a serious, so-called eriksonovskomu hypnosis, have a very indirect relationship, but the specialist who operates on serious scientific methodology and uses it for evil, it will not be to provide. If the doctor whom you trusted, is trying to put you in a trance without your consent, immediately terminate the session and no longer resort to its services. A doctor violates medical ethics and is not worthy of trust.
Is the advice useful?
Подписывайтесь на наш канал