How to tune a guitar using a tuning fork

The tuning fork is a small device, exactly reproducing a certain sound. He looks in the form of a two-pronged metal fork and typically has a frequency of 440 Hz, reproducing a note "La" 1st octave. With its help you can set up different musical instruments, including guitar. 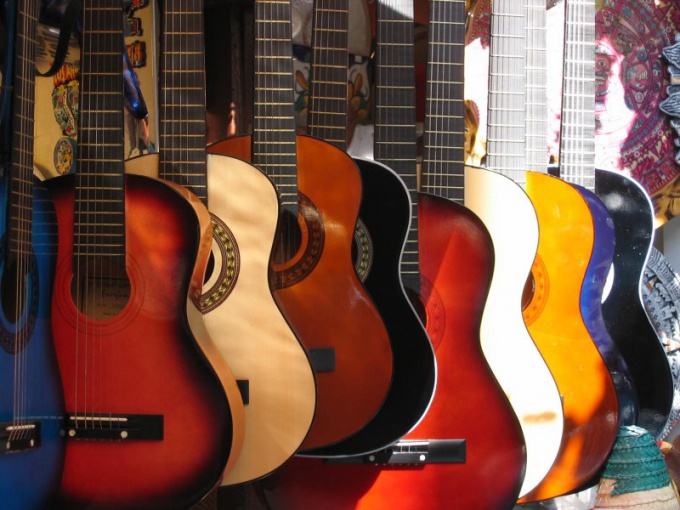 Related articles:
You will need
Instruction
1
To tune your guitar with the help of a tuning fork , you must first configure the first string. The first string pre-configured sounds out the note "mi" of the 2nd octave. To set this, hold the string on the fifth fret and twisting the tuning pegs (they determine the force of the string tension), to make its sound match the sound of a tuning fork. When twisting, you must be careful not to pull the strings and not to make sudden movements, otherwise the strings may break. To set up the rest of the strings, the tuning fork will not need.
2
The second string pre-configured sounds out the note C of 1st octave. To configure the second string should clip it on the fifth fret and get the same sound with the first.
3
The third string, when properly configured, emits the "G." 1st octave. In order to configure the correct sound of the third string, hold it on the fourth fret and get the same sound with the second.
4
The sound of the fourth string in tune with the note "Re" 1st octave. Tuning the fourth string, you need to get the same sound with the third, which is usually enough to clamp it on the fifth fret and compare the sound of two strings should be identical and simultaneous sound merge into a single sound.
5
A fifth string tuned condition makes the note "La" of the small octave and sounds in unison with the fourth string. The fifth string should hold down on the fifth fret and tune its sound in full analogy with the fourth.
6
And finally, the sixth string in a perfectly tuned condition makes the note "Mi" of the small octave. To configure latest six string, carefully clamp it on the fifth fret and get the same sound from the fifth string.
Useful advice
To make sure that the settings are correct, take both the first and sixth strings. Should sound clean, not cutting hearing interval. If not, verify the settings for all strings. You can also take any clean chord to ensure no discordant sounds. After tuning the guitar is fully ready to play, and you can enjoy clean, pleasant sound.
Is the advice useful?
Подписывайтесь на наш канал