How to find the treasure in the house

And for romantics, and for pragmatists, the search for treasure to bring the excitement and fun. If you have no map of the island, a former haunt of pirates, or the coordinates of the mound, where he is buried the leader of a steppe tribe, do not despair – most of the hoards found in totally mundane places, such as in abandoned buildings, mostly old , built before the revolution, not only in the former noble estates, but also in a dilapidated village houses. 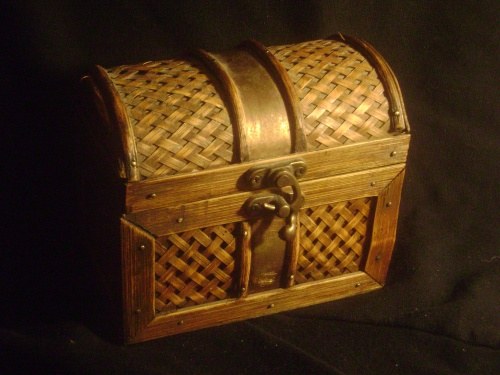 Related articles:
Instruction
1
For the beginning scout: ask the indigenous people, ask the local legends, if possible read the materials of archives. The older the house the more wealthy people dwelt in him, the higher the chances to find anything. Even more, they increase, if the house is built rarely subjected to reconstruction or not touched at all. Especially recommended for study at home, abandoned by owners during the revolution and up to 30-ies of XX century, leaving their homes, people often tried to preserve any value in the hope of a return, but something just remained hidden and forgotten in a hurry.
2
The most obvious places where he could hide the treasure of the former owners – the attic and the cellar. Also of value could be hidden in door and window boxes under the boards window sills. If the building floors do not overlap, it makes sense to try to open them up. If floors are not preserved, then the small depth could remain randomly dropped coins and small items – dig small shovel or scoop, just be careful. The widespread location of the various coins under the corners of log houses, where they were laid in the construction of "happiness". If in the house there is a furnace, carefully inspect it: the treasure can be hidden in the chimney, imbedded in the wall. Often valuables were hidden between the floor of the house and the furnace or buried in the floor near the stove, as even in case of fire or destruction at home, she usually remained more or less intact and could serve as a reference.
3
Best of all, of course, to use when searching for treasure metal detector, preferably with the function of discrimination of metals. It is possible to go around the house, focusing on the testimony, look in the right places. If you are without the device, suspicious places in the walls and door and window boxes have rattling in anticipation of a voiced sound, pointing out the presence of the cavity, and the floor to dig blindly.
Note
Do not forget about safety, especially if the house that you examine, run down. Do not go on the treasure hunt alone, even if you do not want to share with anyone, or in case of any accidents you will be no one to help.
Useful advice
To start make sure that the house will not claim its rightful owner, otherwise you will have problems with the authorities.
Is the advice useful?
See also
Присоединяйтесь к нам
New advices