How to politely refuse

The ability to politely, but clearly say "no" can be very useful in life. Refusing resolutely enough, you can get into a situation where someone will impose their will. Stating the refusal clearly, but discourteous, you risk offending someone who does not deserve it. The ability to give the correct negative response – social skill and well-bred people do it to perfection. 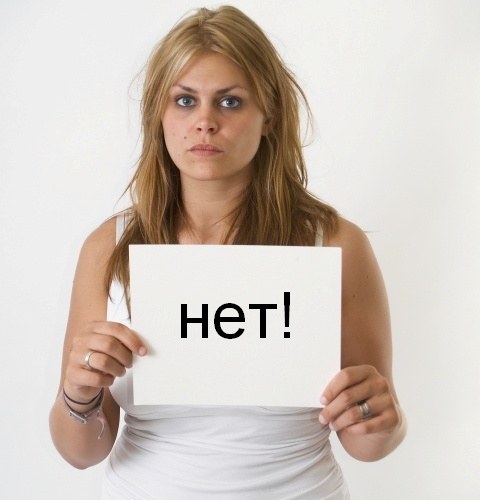 Related articles:
Instruction
1
If possible, do not let the failure immediately, but take time to think. When you get invited to some event that will forgive to help at a specific time, say that you should consult with your diary. Later refer to the employment and refuse, but do not tighten with the answer, because you can bring another person to give him false hopes, to cause to count on you. Correct to refuse a personal invitation also in a personal meeting, but if you agree with the person that you will give him an answer by e-mail, then it is permissible to write a letter of apology and failure.
2
Choose words carefully, don't use "reduced" language. Don't say "I don't want", better to say, "I don't find it possible", not "I won't", and "I don't think that's acceptable," use more elaborate vocabulary than that which you consume every day. This will make it clear to the man that you deny him - not an ordinary event, and you try not to hurt his feelings.
3
Try to explain the reason for the refusal if possible, suggest alternative options. In those cases, when possible, accompany the rejection with compliments, as, for example, in the case when the owner persuades you to try her cooking.
4
Some particularly difficult given the failures associated with intimate relationships. Saying "no" to the person who invited you on a date, tell him that you actually are not interested in a relationship with anyone, but appreciate his attention.
5
If you are asked to contribute to someone in a work situation, to help with the documents, to take on the project, perform other people's duties, try to use the magic phrase: "I'm not sure I can help you with that. Why don't you go to X?". Under X can be considered as your direct superiors and employees, whose duty it is to aid this kind of which you inquire.
6
Remember that you have the right to refuse anyone anything and the one who is about something requests, also knows about it as you do. Perhaps it is configured to your failure and just doesn't want to lose even a minimal chance. Do not fret due to the fact that you had to tell someone no, because your consent is not depended neither people's lives nor the fate of Nations.
7
Learn to separate issues and requests from manipulation. When you are under pressure, blame, raise your voice, when you behave incorrect and impolite, you have the right to just say no, to turn around and leave.
Is the advice useful?
Подписывайтесь на наш канал