How to identify diabetes

Diabetes mellitus is a chronic endocrine disorder associated with insufficient insulin production or reduced activity. This hormone is produced In the-cells of the pancreas, transportorul glucose to the tissues, and then excretes the products of its metabolism. Violation of this process is apparent in a number of symptoms, which can identify diabetes. 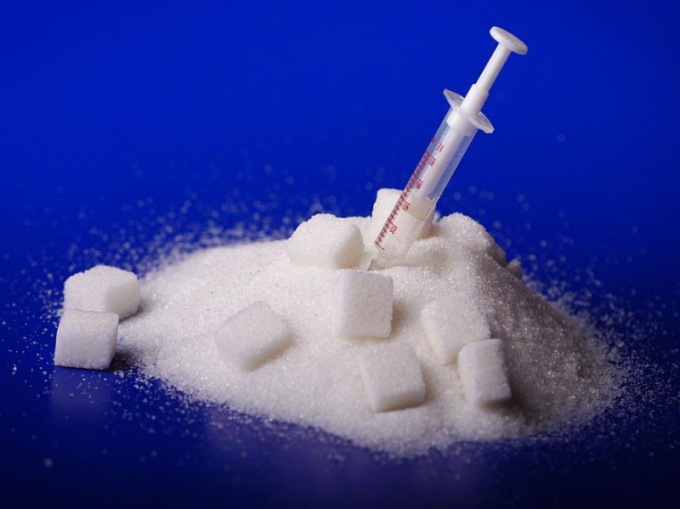 Related articles:
Instruction
1
Sugar diabetes can a while be asymptomatic or be manifested by rapid fatigue, increased appetite and thirst. These phenomena are characteristic of many diseases and conditions of body, so often do not cause any suspicion. But if they are permanent and in addition to them there are other suspicious symptoms, should immediately to blood sugar. This analysis helps to identify diabetes mellitus.
2
Debilitating thirst is the main complaint with which a patient goes to the doctor. Constant dry mouth and an overwhelming desire to drink is due to the excretion of large amounts of fluid, dry cells and General dehydration. However, the feeling of thirst does not bring even a large amount of water.
3
Diabetes is not less important symptom of sugar diabetes. That is connected with it, and thirst. Due to lack of insulin and increase glucose level in the blood is a violation of water metabolism in which tissues are unable to retain water. Because of this she strenuously excreted by the kidneys, and in much greater volume than the liquid drunk.
4
Itching of skin, genital, and skin diseases can appear early in the disease. They are often mistaken for other illnesses. However, the survey gives at times unexpected for the patient's diagnosis of diabetes mellitus.
5
Increased appetite. It is more characteristic of diabetesand the latter type is associated with the violation of the process of transformation of carbohydrates into glucose, which is necessary for the muscles as energy. Hunger is sometimes so great that patients eat a lot, frequently and not only during the day and night. And eaten food brings a brief feeling of fullness.
6
Weight loss or on the contrary increase. Due to disturbed process of uptake by cells of glucose without receiving the necessary power, they begin to break down reserve fats and proteins, which leads to weight reduction. Excess body weight is associated with impaired lipid metabolism, which often develops as a consequence of diabetes mellitus.
7
Fatigue. As energy fuel for the muscles is glucose, the violation of its transportation causes muscle weakness. For this reason, suffering and the brain, which is manifested by pain in the head.
8
When confronted with a particular symptom, it is better to consult a doctor to accurately identify diabetes or eliminate it. Moreover, a number of tests will help to establish the type of diabetesand the degree of the lesion of pancreatic cells producing insulin.
Is the advice useful?
Присоединяйтесь к нам
New advices