How to calculate the equivalent mass of

The equivalent mass, or molar mass equivalent, is the amount of material interacting with one mole of hydrogen or displacing the same number of atoms of hydrogen from its compounds. This is indicated by the value MEq, measured in g/mol, calculated according to the formulas or experimentally. 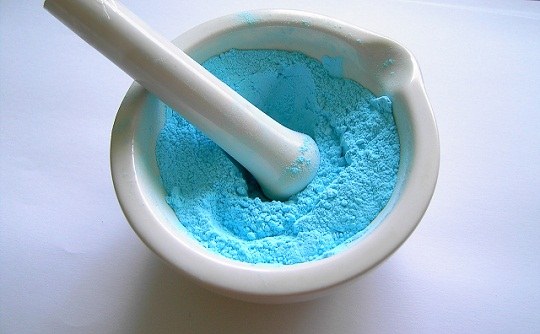 Related articles:
You will need
Instruction
1
To find the equivalent mass of a simple substance, use the formula:MEq = MA/B, where MEq is the equivalent mass;MA is the atomic mass of an element; B is a valence.For example, according to the formula equivalent weight of sodium is equal 22,99 g/mol, and divalent sulfur – 32/2 = 16 g/mol, etc. For complex substances of molar mass equivalent will be called the amount of substance reacted without residue with one equivalent of another substance, such as hydrogen.
2
Remember that the calculation of this quantity for different chemical compounds has nuances. For example, when calculating the equivalent mass of oxides – fold values of the equivalent masses of the components of the connection. For example, given the zinc oxide. First, consider MEq (Zn) = 65/2 =32,5 g/mol. Then MEq (O) = 16/2 = 8 g/mol. Thus, get an equivalent mass of ZnO is equal to 40.5 g/mol. And calculate the mass equivalent of the acid is possible by dividing its molecular weight by the number of hydrogen atoms contained in it: MEq (H2SO4) = 98/2 = 49 g/mol, etc.
3
For the experimental determination of the equivalent mass of the first follow safety precautions when working with acids and gases. Then take the burette, the tube and funnel. Connect them together with rubber tubes. Fill the burette with distilled water, using a funnel, set the level at zero.
4
Into test-tube pour 5 ml of hydrochloric acid (try not to soak the wall). On the dry wall place the mounting metal. Ensure that it does not fall into the acid ahead of time. Close the test tube with a cork and shake. The hydrogen will displace the water from the burette. After completion of the reaction level the water level in the burette and the funnel. Write down the final result, the temperature and pressure during the experiment.
5
Determine the displaced volume of hydrogen, by comparing the starting and ending water level in the burette. Give the result of normal conditions, using the readings of the barometer and thermometer. And then only calculate the weight of metal equivalent, using the formula:m (metal)/V (hydrogen in the rules.conditions) = MEq.(metal)/Vэкв (hydrogen).
Is the advice useful?
See also
Подписывайтесь на наш канал