Where to go with a girl in Kazan

Every year has steadily increased the flow of tourists to the capital of Tatarstan. If you have a girlfriend, you should definitely head along for a weekend in Kazan and show the most interesting places and sights of this incredibly beautiful city, which is divided into two parts by the river Kazanka. 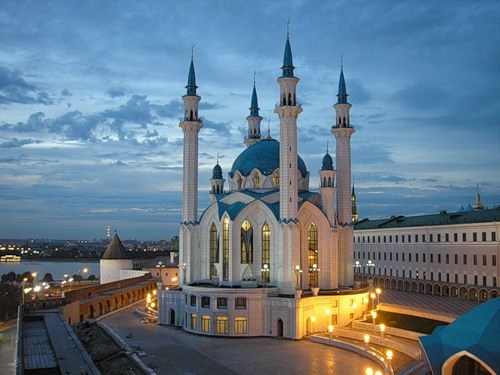 Related articles:
The Kazan Kremlin is the main attraction of the city, which should definitely be visited. This is a popular site of the ancient city visited by all tourists. Unusual architecture again proves that Kazan is a combined culture of East and West. Where, as here, you will see Muslim and Orthodox architecture, components of a single complex. The Kul Sharif mosque is an interesting building constructed in the late twentieth century and named in honor of the head of the Kazan khanate, who was killed during the capture of the city by Ivan the Terrible. The mosque is open for the conduct of prayer services exclusively on a major Muslim holidays: Eid al-Adha and Ramadan. The Annunciation Cathedral, located here, can be attributed to well-known attractions of Orthodox Kazan. Initially this temple was built of wood, but was later converted into a stone Cathedral. In Soviet times, the Church stopped the service and now the Cathedral of the Annunciation is considered part of the Museum-reserve. Notice the ancient paintings on the walls and the frescos that have been restored. If you want to impress your beloved, immediately head to the lake Kaban, where the beat of the cascading fountains. The center of this composition serves as a huge column of water fifty metres, rising up from the lake. To you will to get a refreshing spray of water, carried by the wind. On the square in front of the theater located in the fountains, groups of them form unusual shapes in the form of water balls and distinctive arches. In the evening the fountains are illuminated and turn on the music, the streams of water dance in the colorful rays and rhythms. Under the beat of the songs literally come to life color spots, streams of flowing water are like blooming flowers. Be sure to take a picture with his beloved and put a picture in a frame. It will constantly remind you of the romantic trip. If you went to Kazan in the summer, you have the money and free time, take a tour by boat to the island of Sviyazhsk. Here you will see monasteries and temples, which will give you a lot of knowledge and many experiences. Visit the tour, which is dedicated to famous personalities (Chaliapin, Tolstoy, Gorky or Tukai). In the frame of this program you will visit all the buildings, streets and museums that are directly connected with the activities of these people in the period of life in the glorious city of Kazan.
Is the advice useful?
See also
Подписывайтесь на наш канал