How to make a Cheburashka costume

Man in the image of Cheburashka will be recognized, of course, thanks to their own ears. However, one should not simply make a cardboard ears and painted them brown. Without fairly simple, but still needed the costume of a Russian image of the cartoon character may be confused with Mickey mouse. 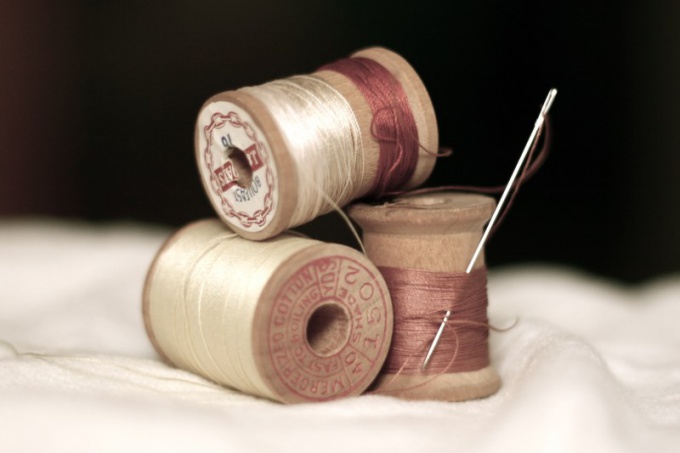 Related articles:
You will need
Instruction
1
Buy thick fleecy fabric. It may be velvet or plush. You will need the material of dark brown and light brown shades.
2
The upper part of the costume stitch in the form of jackets with long sleeves. To make the pattern, trace on paper any sweater or t-shirt casual, then use line line line. The width of the jacket at the level of the hip line must be 10 cm exceed poluobhvat hips. Add on all sides of the pattern 3 or 4 cm of seam.
3
Her character was a bright spot. Take it from a fabric of light brown color. The pattern details to draw in the form of a semicircle. Its diameter equal to distance from middle of one shoulder to the middle of the other. Slightly pull the circle vertically and transfer the pattern to the fabric. Scribbled this "bib" on the front part of the shirt.
4
Fold the two parts face each other and stitch the side seams. The neckline and cuffs with braid handle in tone on the lower edge of the sweatshirts make the drawstring and insert it in the gum. The length of the elastic band should be at least a couple of centimeters of hip.
5
The lower part of the suit – pants. Build the pattern in a similar way, by copying it with any pants, such as pajama. Since the top of the pants is closed by the jacket, instead of a belt you can just put gum in kulisku.
6
Finally, the main part of the costume donkey ears. The character of the cartoon they were perfectly round and the same size as his head. To such "accessory" looked good on the man, ears you can gently pull in height, making oval. Measure the distance from the forehead to the chin and draw an oval that height. The width of the items take less than 2 cm Cut 4 identical oval of dark brown fabric.
7
Ears to keep the form, make a frame from lightweight cardboard. Draw the oval, reducing the length and width of 1 cm Assemble the entire structure is wrap the cardboard with fabric so that the front side of the material was on the outside. Edge fold the material around the perimeter make incisions to "padding" went smoothly. Sew the ear on the perimeter. Then panel it with a dark brown braid. Sew finished ears to the headband, osteotomy cloth.
Is the advice useful?
Присоединяйтесь к нам
New advices