How to treat the child for chlamydia

Chlamydial infection is a serious disease. It is especially dangerous to the occurrence of complications, including pneumonia, conjunctivitis, lesions of joints, organs of hearing and genitourinary organs. Chlamydia in children is a relatively common phenomenon, particularly increased incidence in recent years. The sooner carried out diagnosis and prescribed treatment, the more opportunities to avoid complications. 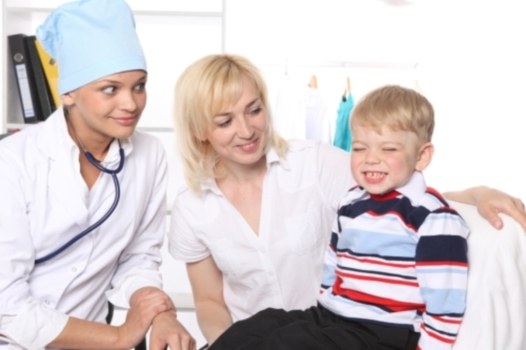 Related articles:
Instruction
1
There are two main ways of infection with chlamydia trachomatis in children is vertical (from the sick mother to the newborn, as in utero and during passage through the genital tract at birth) and contact-household (usually the patient's family member failure to comply with the rules of hygiene). Teens can become infected through sexual contact. To suspect the disease can be the following symptoms: unusually frequent, but not long ARD dry paroxysmal cough, swelling and inflammation of genitals accompanied by itching and burning when passing urine (these symptoms are manifested with urogenital chlamydiosis mostly girls), eye redness and discharge from them, causing sticking century, especially after sleep. Also some forms of chlamydial infection can be transmitted to humans from infected animals (birds sometimes are carriers of dangerous diseases such as psittacosis).
2
Diagnosis is based on laboratory tests. The sooner the infection is discovered, the easier it is to cure. Be sure the appointment of antibiotics of the macrolides and fluoroquinolones, complications – symptomatic treatment. The nutrition of the child during the period of treatment should be complete, the necessary vitamins. Also, the doctor may prescribe physical therapy, immunomodulators, local disinfectant and anti-inflammatory medications depending on the form of the disease and the type of agent. If the infection struck eyes, the child will be prescribed an ointment with tetracycline or erythromycin. Most likely, you will also need to take antifungal drugs. At the birth of the child , the mother, sick with chlamydia, treatment is initiated in maternity hospitals. Self-medication with antibiotics is unacceptable, as well as early termination of the course.
3
Disease chlamydia is easier to prevent than to cure. All family members should observe personal hygiene, using other people's towels or underwear is unacceptable, especially if someone in the family is sick. The teenagers talk about sexually transmitted diseases, and the need for protection. Do not allow children to touch picked up on the street the pigeons and sparrows – they can be a source of psittacosis. After the course of treatment prescribed by the doctor time do the tests again. If you have pregnancy found chlamydial infection, conduct the appointed course of treatment, be sure to specify at the attending physician whether the prescription drugs on your pregnancy.
Is the advice useful?
See also
Присоединяйтесь к нам
New advices