How to get a ring in the puzzle

Once, in Soviet times, these puzzles were available and very popular both among adults and students of institutes and high school. The solution proposed task is the removal of one metal component from the other at the same time, not straightening or breaking of the wire shapes. An advantage of such a puzzle is its durability (to break such a design is virtually impossible). The benefits of it are also obvious: the development of spatial thinking, training diligence and accuracy. 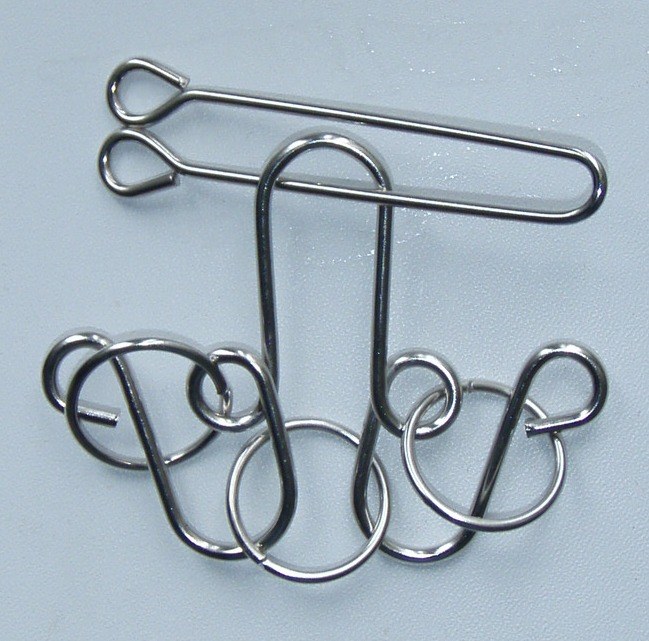 Related articles:
Instruction
1
To remove the shapes in the puzzle , enter the tab one in the ring arcs the other, letting his tongue ring. In the bar deselect the shape on the other.
2
To separate the figure of the "Boots" thread in the ring one nose smaller boot and they circle the ring. After this procedure, parts are easily disconnected.
3
By the same principle components are removed many other puzzles. Pass the first figure with one ear to the other ringlet darling. Pass through this eyelet ring terminal and pull the released figure from the ring handle.
4
There's another way release rings one of the figures from the grip of the other. Slide the ring of the first component down and put it on another part of the wire design. Together with ringm, move the second part of the first arc, closer to the upper half. Turn the arc of the second component, so that it rests on the first part. Now the ring goes right around the arc of the second and of the first and would be removed from the puzzle.
5
Also, the puzzles of the variant of movement of the arms of the first figure by the second rod so that one end rounded the curve of the rod. Then the ring goes through the curve in the rod and the handle the first time and will be removed from the rod.
6
To solve this puzzle you need to put the shackle on the shackle slightly to cut them. Now miss ring between the legs of the shackle and move it down then up. Thus the ring will be removed.
7
To remove the "Shuttle" from the spiral, move it to the loop and turning it skip at the same time through the spiral. Now remove the "Shuttle" out of the loop and release her from the spiral.
Useful advice
In all of these puzzles you will be able to remove individual parts, but return them to the place, producing all the actions in reverse order.
Is the advice useful?
See also
Подписывайтесь на наш канал