How to insert a loop

A train called the flat cable between the various elements and blocks in computer and other electronic devices. For self-assembling, modernization or repair of the computer the user has to disconnect and connect the cables. Improper connection may cause malfunction of the computer. 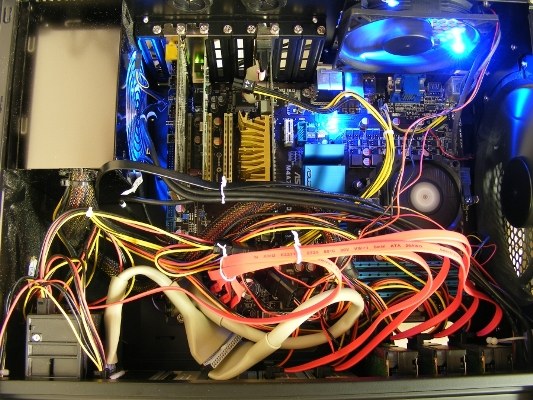 Related articles:
Instruction
1
To ensure that the ribbon cable cannot be inserted incorrectly in its design usually impose the so – called key protrusions and grooves, allowing only the correct installation. However, some devices still can be connected incorrectly – for example, if you bet on one IDE cable two devices. The middle connector on the cable may not contain a key, which causes difficulties when connecting the device.
2
Carefully consider the train – his first wire is red. Then look at the connector of the connected device, it figures, the first output and the last. The colored wire on the cable should fit to the first connector.
3
Even when properly connected the two devices to a single cable, they may not work or malfunction if they are incorrectly exposed lintels. On the device connected to the end of the ribbon cable, the jumper should be in master position. On the second device that is connected to the middle connector, the jumper is in the slave position. If on the same cable "hang" the hard drive and DVD, the main (master) should be just the hard drive, it is connected to the end of the plume.
4
When connecting the ribbon cable do not force it. If the block is not included, so you put it back, or inaccurately combined contacts. Very often to connect the trail almost to the touch, which causes difficulties. Holding the pad plume over the edge, feel with the fingertips the edge response of the connector. Then, slightly shaking the pad, align it with the socket and gently insert. When properly connected, you will feel that she has entered about 5 mm.
5
Connecting SATA cables don't usually cause any problems, as their pads can't be inserted incorrectly. Many of them have special metal clip, allows safer to lock the cable. As for SATA cables connects only one device, no need to worry about jumper settings. Don't forget that SATA devices have their own power connector. If your computer contains only the old power connectors (MOLEX), you'll need a special adapter.
Note
If all works necessarily disconnect the computer from the network, pulling the power cord!
Is the advice useful?
See also
Присоединяйтесь к нам
New advices