How to make a compliment

Compliments all adore. Even those who heard it, say: "Yes you! Not worth it, right!". Do compliments competently, while achieving the expected reaction is both an art and a science, and psychology, and much more. Learn this lesson and develop this skill can be a lifetime. However, the sooner you will learn the basics of this science, the easier it will be in the future. 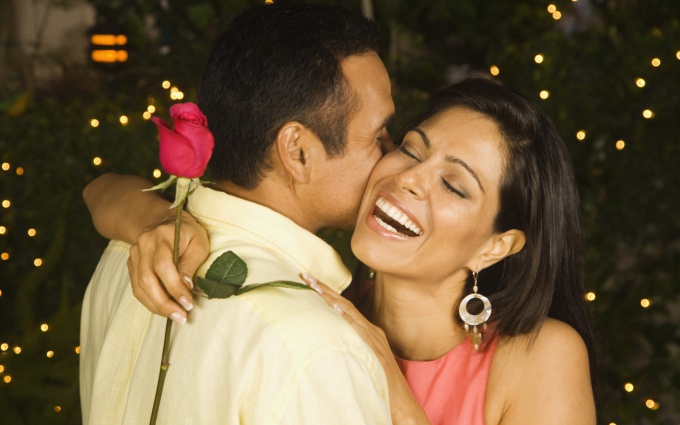 Related articles:
Instruction
1
Honesty. It is the honesty and truthfulness of a compliment is different from the approval and flattery. Valid only a small (quite a bit) exaggerated the qualities that the interviewer wants to celebrate a particular person (e.g., male, female). By the way, maybe he is not going to sugarcoat it, and really thinks so.
2
Depth. Elaborate compliment gives the possibility of guessing in the right direction. For example, it is sufficient to say to a girl "What a beautiful dress on you," as she instantly Doris picture. If the guy said dress, think up a girl, it means he has appreciated and her impeccable taste, and the shape and the image as a whole. The favor provided.
3
Conciseness. A compliment must be accurate and concise. It allowed one single thought (in an extreme case, two). If you start to praise immediately and appearance, and mind, and the cordiality and generosity, the words "melt" and lose all meaning. This is an ode, not a compliment.
4
Accuracy. The voices compliment the invalid ambiguity. For example, you cannot say "You're so cute! Even fullness you will not spoil". Rest assured, the girl will perceive only the second part of the sentence, and the first may be considered as a mockery in light of the second.
5
Empathy. So is the ability to mentally stand in the other. If you want to compliment the person, imagine that you were him, what would you like to hear about themselves in his place. So you clearly understand that it is better to take note of – luck in love Affairs or professionalism, academic success or achievement of children.
6
Witnesses. The compliment made before witnesses, acquires greater importance than spoken eye to eye. So the person is arranged – he longs for social recognition and approval of its qualities. If your a good compliment sounded the "people", you know that you will be blessed or rewarded (prize, a kiss, a grateful look, increased – depending on the situation).
7
Personality. In other words, the personification, the specific focus. Enough to say "you are beautiful", you must select something in appearance, character, inner world of the interlocutor, that he will perceive as something peculiar only to him ("How beautiful your hair is!" or "What you have extraordinary eyes!").
Note
One of the main components of delicate and appropriate compliment – dosing. The overabundance of sweet words can cause counterproductive and even engender hostile attitude.
Useful advice
If you want to compliment, but not found in time the right words and was confused, do not try to pronounce something and somehow. Better openly, admiringly or with respect (a slight bow) smile. It will be perceived more favorably than banal and ill-conceived words.
Is the advice useful?
Присоединяйтесь к нам
New advices