How to win blackjack

The game of "point", aka - "21" and "blackjack" - is one of the most popular card games. It looks very simple, but it depends not only on luck but also on knowledge of the basic mathematical regularities of this game. 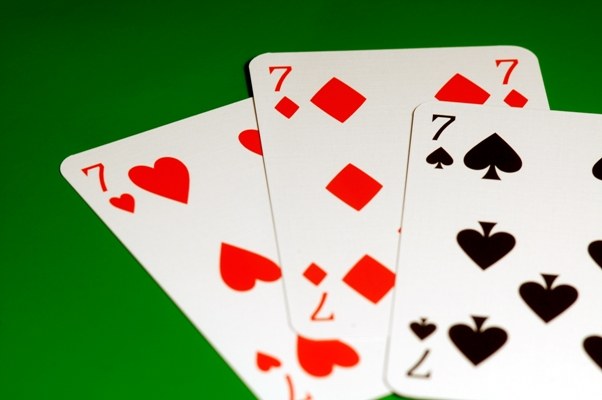 Related articles:
Instruction
1
Blackjack appeared in the 18th century in France. Its rules may be slightly different in different variations of the game, but the basic principle remains unchanged: the player confronts the dealer, the winner is the one who have the amount of points will be equal to 21 or as close to this value. It is important to understand that the essence of the game is not to collect 21 points but to beat the dealer.
2
When playing blackjack all the cards from 10 to king are worth 10 points. An ACE valued as 11 or 1 - depending on the desires of the player. All other cards are valued according to their dignity. There are many strategies of the game, but actually winning is only one card counting.
3
The counting strategy is based on the fact that the cards after the deal does not return to the game, so the player can know which ones are retired and which are still in the deck. There is mathematical dependence, according to which the player is advantageous to make the deck more of tens (cards from 10 to king) and aces. That is, the more of a game out of cards smaller advantage, the higher the probability of winning and Vice versa – if a lot of tens and aces, a bet it is necessary to reduce or completely stop the game.
4
There are several options of counting, one of the most famous is proposed in 1963 by Harvey Danera. In this system, a card worth 7, 8 and 9 points are ignored. The cards 2 through 6 are valued at +1 point. Maps 10, V, D, K, T is estimated at -1 point. The player closely follows the maps and guides in mind, a simple calculation: add 1 point for each card from 2 to 6 and subtracts for 10 to T.
5
The player's actions depend on whether a positive or negative amount appears in the estimates. If she went into a plus, mathematical advantage in the game on his side, at +10 it is equal to about 7%. Conversely, if the account goes negative, the preponderance on the side of the dealer. Based on these data, the player can raise or lower your bet.
6
There are more complicated counting systems, but the General sense remains the same. You should know that the rules prohibit casino account, so players are always closely watched, trying in their behavior to understand whether they card. Suspecting a player account, it may be asked to leave the casino.
7
Remember that when you play online casino card counting is meaningless because the real deck is not there, and the order of deposition is determined by the algorithm used online casino software. However, when playing online, also you can win, if you carefully study the features used. For example, some online casinos give the player a slight advantage at the initial stage of the game. This can be used, playing less than ten minutes, and winning is not more than the amount that is on your account. So, if your balance is$ 100, should stop in 10 minutes or win about 90$.
Is the advice useful?
See also
Присоединяйтесь к нам
New advices