Champignon is one of the few varieties of mushrooms that successfully lend themselves to cultivation. This is due to their safety and simplicity. Mushrooms can be eaten raw, but clean them before use is still necessary. 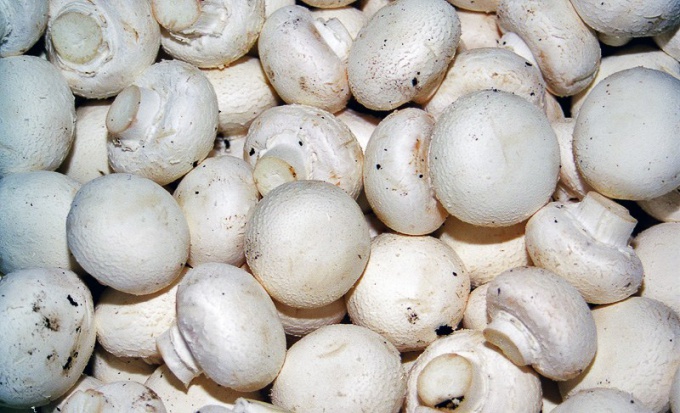 Related articles:
Small mushrooms the size of about a few centimeters do not need a complex processing. Take a normal brush and Ammonite every mushroom from residues of adhering earth. Take a sharp knife and then update the slice on the leg. Cut the mushrooms into several pieces of the desired size, but you can leave them intact. Peel the mushrooms very thin, so remove it makes no sense.If you got the mushrooms from four inches or more, then that is another matter. The cap of these mushrooms are covered with a thin skin, which it softens by heat treatment, so remove it. But first, Ammonite each mushroom from adhering soil. Then take a sharp knife and hook them to the skin at the edges of the cap, and then pull it to the center of the mushroom. The end of the Stipe is cut off. Remove the skirt from the leg of a mushroom. But you can leave it, because it is edible and does not pose a risk, but from an aesthetic point of view it is better to remove, to avoid Association with poisonous mushrooms. For this reason, can remove brown gills, which are at the bottom of the cap of the mushroom. But that they give the mushroom its unique mushroom flavor, so decide for yourself what is important to you.It is known that the mushrooms, like a sponge that absorbs water, so around mushrooms being hotly debated. Carefully wash some mushrooms, because he had contact with the ground and soaked, others prefer just to shake off the earth, without washing with water. Take the mushrooms and place them under running water, quickly rinse them, Pat dry with kitchen towel. So you rid them of dirt and will not get a chance to soak.The longer the mushrooms have been in the refrigerator, the more you will need to cut the dried mushroom tissue, because of sluggish dried the fabric will not be delicious in any method of cooking. Use only proven fresh mushrooms to avoid poisoning.
Is the advice useful?
See also
Подписывайтесь на наш канал