How to do stereo

Stereo, or another stereogram is a specially designed image, visible behind a meaningless figure which are hidden three-dimensional figures. To see the hidden image, you want to defocus look. Someone this is the first time, and someone must be a long time to train. To do stereo you can own, but for this you will need a special program. 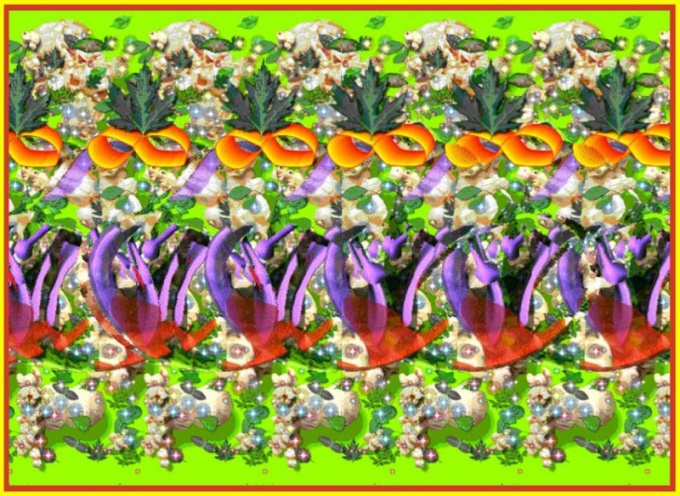 Related articles:
You will need
Instruction
1
Install on your computer special program to create scorecarding, for example, Stereogram Workshop, 3DMiracle, Popout-Pro or the other.
2
Choose file-image, which will contain information about the future depth of the stereo image. The brighter the dot, the closer it will appear in the finished picture, and the darker - the more. If you have such a picture, just point her way through the menu File -> Load Depth Image.
3
If you want to create a picture of the depth yourself, you can use any graphics editor such as Photoshop. Opening the editor, fill the background with black and draw a black-and-white and gray objects with different degrees of brightness. Can also use the ready-made image, turning it to black and white. First, let the image will be more contrast and easy to perception.
4
Next, load the texture to create the outer, visible shell, the so-called mask of depth. If the depth mask you have or want to do it yourself, use the special utility, for example, 3DMonster. In addition, you can take any small (not more than 256х512) image, the optimal file extension *.bmp. Better if the texture will not be too small; will fit coins, stones, berries, etc. the color of the mask should not be too contrasting and bright to see the finished stereo image was nice.
5
Look in the settings of the distance between repeated elements (Distance between eyes), and select the optimal value. The default value is 1.5 inches, but if the amount is difficult to see, reduce this value to 1.3 and 0.7. Note that when reducing this distance, the depth effect on the image will also decrease.
6
Adjust the density of pixels per inch (Resolution). If you watch the pictures on a normal monitor, set at 72 or 96 DPI, and for printing on a printer increase the density to 300 DPI.
7
In the texture settings, check Use Texture to make the program use the suggested file. Then click the "Convert" (Convert) and save the resulting stereo file with a common extension, *.bmp or *.ipg.
Is the advice useful?
See also
Присоединяйтесь к нам
New advices