How to navigate by the sun

The orientation of the sun allows you to define three essential factors: the direction you are facing, position oriented relative to the known localities and the direction of movement to familiar objects. It often happens that neither a compass nor a Navigator at hand. In this case, to determine the part of the horizon can be and by the sun. 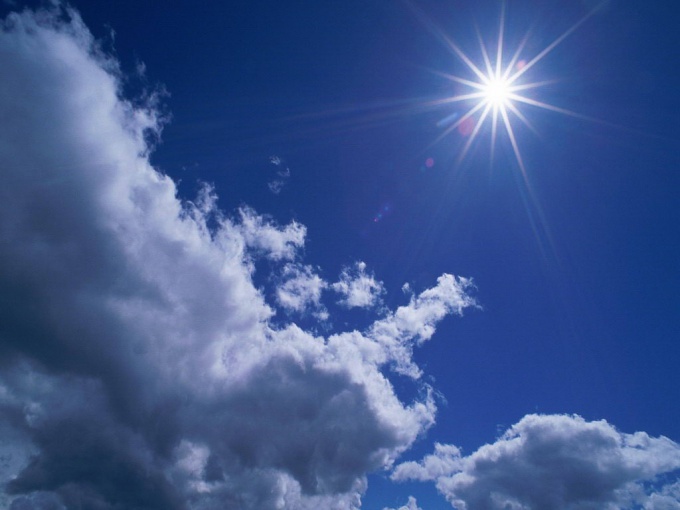 Related articles:
You will need
Instruction
1
In the Northern hemisphere in summer, the sun rises in the North-East and sets in the Northwest. Noon (13 hours in winter and 14 hours in summer) the sun points directly South. The shadow of the objects lies to the North. From 10 am to 19 PM, the sun is always oriented to the South. In winter the sun rises South East and sets in the southwest. Exactly in the East and in the West the sun rises and sets in spring on autumn equinoxes (21 March and 23 September).
2
For more precise directions you will need any dial watch (watch with hands). If the hour hand directed to the sun, the angle between the hour hand and the numeral "1" (winter) or a "2" (summer), divide in half. The resulting direction will point to the South. The North will be in the opposite direction. Farther North is the area, the more accurate will the result. In the southern regions and in the summer the accuracy of this method can reach 25%. In spring and autumn in Northern latitudes the accuracy of the method increases. The maximum precision of this method gives in the winter.
3
In the summer the sun moves across the sky with an average angular velocity of 15 degrees per hour. At 14 o'clock (summer time) it will be strictly on the South. Every hour the Orb will shift 15 degrees to the West. For example, in 17 hours it will shift 45 degrees to the West. Half a right angle is 45 degrees. That is, if the 17 hours to mentally lay half a right angle from the direction of the sun to the left, get the exact direction to South.
4
Another way the orientation of the sun, which does not require knowledge of the time. You should take a stick and stick it in the ground vertically. The top of the cast shadow is indicated with a dot. After a certain period of time (e.g. half an hour) the sun will move, and the top of the new shade also need to designate a point. If to draw an arrow from the first point to the second, get the exact direction to the East.
Note
When you use method of orientation associated with the clock, the clock must be set in local time!
Useful advice
1. In winter, you should remember to consider the incident a transition to winter time. The midday sun will be in 13 hours, not 14 (as during the summer).
2. Summer in the southern regions, when the sun is high, it is not recommended to use a method to navigate by the sun and the clock
Is the advice useful?
See also
Подписывайтесь на наш канал