How to play the single player of Battlefield

Battlefield has always belonged to a number of projects focused exclusively on multiplayer. Each part of the game fully reveals its potential only in the fields of network battles, and therefore, since "Battlefield 1942", a single mode was in poor condition. The last series tried to rectify this omission, but with questionable success. 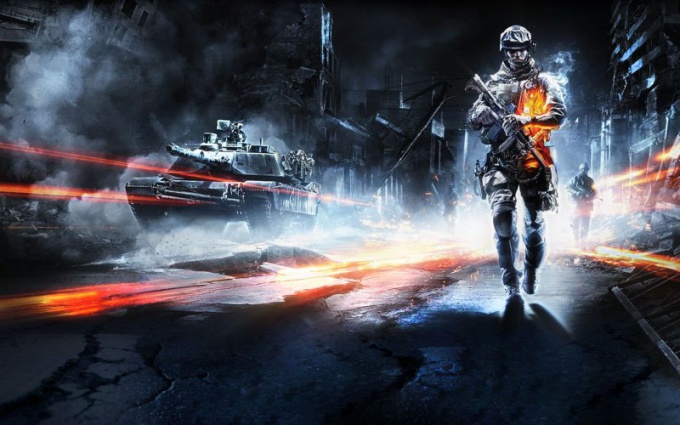 Related articles:
Instruction
1
In Battlefield 1942, 1943 and 2 single player campaign is absent in principle. The only available players the opportunity to play the "practice" round with bots. The match will be absolutely the same rules as the session on the Internet, however, all live players are replaced with AI opponents. In addition, you will not be able to obtain any awards and achievements.
2
To start the game with bots, download client software and select "Single game". In the next menu, define the level of difficulty and a map.
3
In Battlefield 2142 single player campaign is introduced, which in essence is a "pass" on all multiplayer maps. Matches exactly the same online battles.
4
Battlefield: Bad Company 2 – first game of the series in which a full-fledged single-player mode. The rules of the game are very different from network. The player has much more health than the opponents, allowing you to kill them in large numbers. In addition, the mission was linear – you can't get them just killing everyone. Will periodically trigger the scripts appear in the cutscene; many actions will have to carry out the plan development. During the game, also consider destructible – often instead of to smoke enemies out of hiding, he can simply blow up.
5
The campaign in Battlefield 3 is strictly linear, in the manner of Call of Duty. Carefully follow the radio chatter, markers and tasks. Otherwise there is a serious risk of misunderstanding the task. Enemies will spawn and run to your side as long as you do not do intended, for example, will not take the nest. Also, be ready to tabs quick-time-events –often you have to participate in mini-games on "high-speed pressing" (fight with the enemy, defuse bombs). The game will put before you the "special conditions", like the sniper duel on the roof. Contrary to the established rules of the network game to run from the sniper does not work, to travel lying down. The episode takes place with the help of fire from the pistol, which activates the scripting stage.
Is the advice useful?
Присоединяйтесь к нам
New advices