How to get Berserker stance

World of Warcraft is the most popular MMO game on the planet with over ten million subscribers. One of the reasons for such popularity – lots of options for character development and getting various bonuses and improvements. For example, the extremely popular quests for the "pillars" of character – a passive skill that gives significant bonuses. 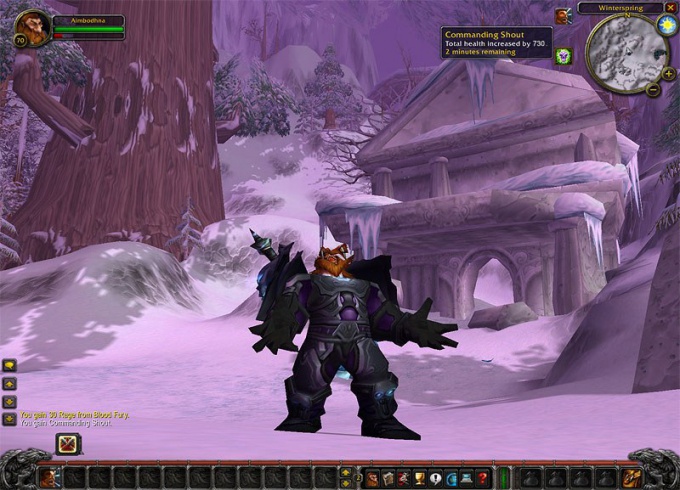 Related articles:
Instruction
1
Create your character-warrior. Class you can choose at the start screen immediately after the race. It does not matter whether your hero to play for Horde or Alliance, the job is common to both races.
2
Reach 30th level. As long as your character is not strong enough to cope with the task, the quest will be locked and will not indicate its existence. To you can level by killing neutral enemies or for the fulfillment of other objectives scattered around the map.
3
If you play for the Alliance, go to Stormwind to mentor a warrior named Wu Shen. While playing for the Horde this quest is also given by the wizard. You will help Sorek, located in Ogrimare. In both cases you get a job: go in the desert and find the NPC named Clanok.
4
After a conversation with Kenocom go to the island, which you will specify. Select the quest as active and its position is marked on the minimap – just follow the marker.
5
Upon arrival, talk to the girl pointed to the target. She will tell you to take a seat in the circle in the yard of her home.
6
Directly quest is that you over time have to overcome all the soldiers who volunteer to fight you. First you will come to 5 people from the surrounding crowd (they are not too dangerous enemies), then "the boss", whose defeat can be quite problematic. Methods of struggle depend only on what qualities of character you have developed. In any case, try during combat to apply to themselves the maximum amount of positive effects, because a temporary restriction imposes substantial limits.
7
If victory failed to win the first time – nothing prevents you to try again. In addition, you can greatly simplify your quest, if you take it a few levels later, being the hero of the 35-40 level.
8
After the victory in the ring marker will show you the character that you want to go for completing the quest.
Is the advice useful?
See also
Присоединяйтесь к нам
New advices