How to remove a radio tape recorder Sony

Radio Sony with high-quality sound, will not let the driver get bored on the road. If you need to update the firmware or check the serial number of the system it is necessary to extract from the nest. 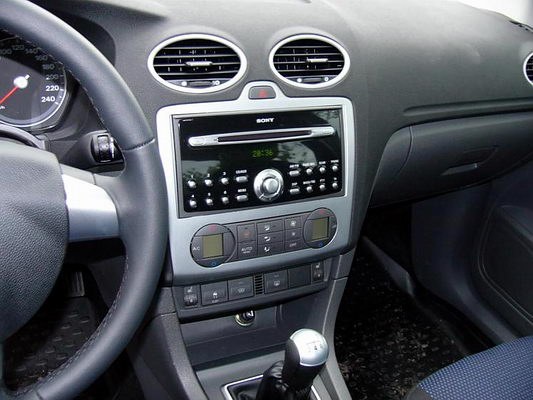 Related articles:
You will need
Instruction
1
The clips that hold the radio Sony in the basket are deep, with four sides on its perimeter. To see grooves where you need to enter the keys with your hands, remove the frame from the panel.
2
Insert the special key into the slots located at the corners of the radio. Introduce them gently, until it stops. This must be done in order to overcome the retainer that hold the system.
3
Retainer react immediately. To overcome them, wiggle and twist the keys in the space until you hear a "click". This action may take some time (from 30 minutes to several hours), please be patient.
4
Remove the protective cover on the passenger side, reach out a hand to the back of the radio and push it. If you feel that she, after the releasing of the stoppers is freely in the basket, then pull it out. With the right steps above the radio easily.
5
Keys for removal are included with radio. If not, then you can use any items. The main thing that they were flat, long and made of metal, because plastic can burst. For example, tin plate, wire, knives, knitting needles. Consider that the standard key length of 8.5 cm and a width of 8 mm.
Note
Can use keys from any other Sony cassette recorder (model system).
Useful advice
In any case, do not use credit cards. First, it will not bring any result, and secondly, with an awkward press of a card can be damaged. If you have four keys, use them all at the same time. If only two key, first press the two upper and the two lower stopper.
Is the advice useful?
See also
Присоединяйтесь к нам
New advices