How to repair a fluorescent light

The lamp is equipped with a fluorescent light is a device consisting of several interrelated components. The cause of his failure may be a fault with any of them. To fix the problem, it is necessary to identify components of the lamp failed. 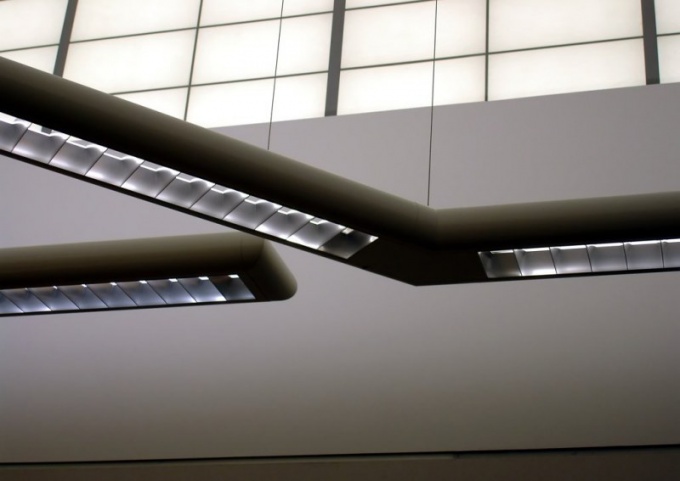 Related articles:
Instruction
1
Before the repair, always unplug the lamp. If he was hanging on the ceiling, do not repair it right there - remove the device and put it on the table, and to be able to check, connect to the terminal Board of a conventional power cord. Do not touch any components of the device when it is plugged in.
2
De-energized a lamp, see if it capacitors. In parallel, each of them must be connected on the resistor. They discharge the capacitor shortly after the removal of the supply voltage. Using the DC voltmeter, verify that they are all discharged, and only then start to work. Find that on a particular capacitor of the resistor no, discharge it with a screwdriver with an insulated handle, and then connect in parallel to a resistor of 1 Megohm and a capacity of at least 0.5 watts.
3
If the nature of the problem is that when you turn on the lamp fires the gun and all wiring is de-energized, the reason for this is the breakdown of the capacitor which is connected parallel to the network. Replace it with exactly the same. The same need and capacity and working voltage, and type. In any case, check the absence breakdown and other capacitors. To check, disconnect from the device one of the conductors, and the discharge resistor, then connect an ohmmeter. Arrow needs to deviate, then immediately return to its original position. Leaks should not be. After checking the restore all connections.
4
The reason for the lack of inclusion of the lamp can be open throttle (rare), wear of the starter or the lamp. First check the throttle just rung his ohmmeter without touching the probes to not get hit by the voltage of self-induction. If no open circuit, first replace the starter, and then try to turn on the lamp. Then turn it off again and wait for discharge of capacitors (if any).
5
If replacing the starter doesn't help, remove the lamp and the bell both its filament. To discover that one of them is open, short-circuit it (in lamps with a constant heating from separate windings you can't do that). If blown both filaments of the lamp must be replaced. Jumper the two threads are not allowed - will burn out the choke.
6
There are lamps in which a single inductor serves two serially connected lamps, each of which has a separate starter. Such a device will work only if healthy both lamps and both of the starter.
7
Cause flashing of the lamp can be wear as her starter. To find out what has failed, check the lamp first with a known good bulb, then with a known good starter. After each trial inclusion obestochivaete device, and allow capacitors to discharge.
8
Electronic Converter used in new lamps instead of the throttle, replace the whole, old machine repairs for replenishment of spare parts that may be required to restore the other fixtures. Starter in such devices the missing. Repair Converter, only trust those with the appropriate skills.
Note
Do not work under tension. Put the bulb in special points of reception.
Is the advice useful?
Присоединяйтесь к нам
New advices