How to replace a fluorescent light

Fluorescent lights are known for decades. Despite the fact that already have their more compact counterparts, traditional fluorescent lamps are still widely used. In that case, if the light suddenly goes out, you need to find the cause of the malfunction and, if necessary, replace the bulb. 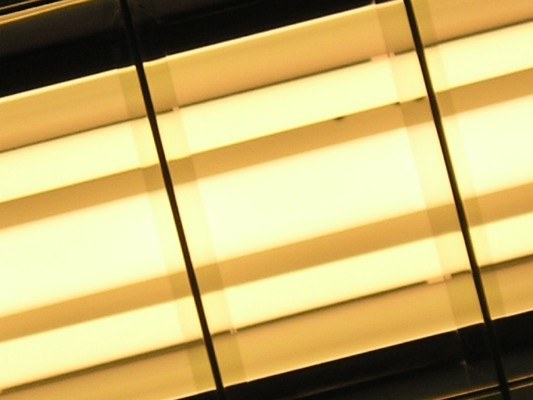 Related articles:
Instruction
1
Before you begin, make sure that the power lamp is off. Clear transparent decorative cover, and then remove the lamp from its holding cartridges. This can be done in two ways, depending on the rounds used. In the first case, the lamp need to rotate around the axis, the terminals out of the terminals, and the lamp will be in your hands. In the second case, it is necessary to squeeze the bulb along the axis of the way to the right or left. The spring loaded cartridge will allow it to move a little, the contacts of the lamp with the other hand out of the cartridge.
2
Do not rush to throw away the extinguished lamp, it may still be workable. Check the tester both filament lamps for an open. Have the faulty bulb one filament is usually a whole (its resistance is about 10 Ohms), second burned. If both strands of the whole, the cause of the fault is likely to be a starter is a small round aluminum "Cup" that is inserted in a special cartridge. Bring the lamp into place and replace the starter with a known good, then apply power. If the lamp is lit, the fault was found and rectified.
3
In that case, if the lamp still does not light, then it may be a faulty choke, capacitor or electronic controller. The faulty choke should be replaced, it can not be repaired (although Amateurs sometimes rewind the burned-out chokes). Electronic control unit you can try to fix it, after checking with the tester its details.
4
Taken if the lamp is intact, but darkened near the caps, this indicates the proximity of the end of its service life. In that case, if the fluorescent light is blinking, it should be replaced as it has worn out.
Useful advice
It should be noted that there are electronic circuits that are frequently used by Amateur radio operators, allows you to connect even a blown bulb with one filament.
Is the advice useful?
Присоединяйтесь к нам
New advices