How to defeat the archdemon

Arhidemon is one of the most powerful creatures of the sixth level in a computer game "Heroes of might and Magic" III. Monster belongs to castle Inferno and has in this city the maximum power as the shock strength and protection. The battle with arhidemon should take into account his immunity to magic and a special fury to the higher beings of the city Castle. 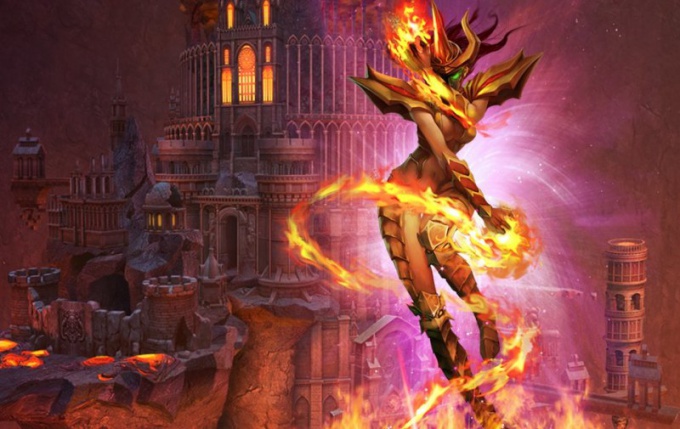 Related articles:
Instruction
1
With the development of the hero, pay attention to magic skills. Learn secondary skills Earth Magic and Wisdom. The first of them will allow you to apply the appropriate spells of the earth magic with a blend that is sure in the battle with arhidemon. Wisdom will give the hero a chance to learn about all the available witchcraft up to the fifth level magic Guild in cities.
2
Find on the map artifact "Medal of Vulnerability". One advantage however, is its innate immunity to magic. Before the battle place medal in the free position on the body of the hero. Running the artifact will remove the invulnerability of the monster and will allow you to use any offensive magic.
3
In the beginning of the battle, invoke the spell "Slow", referring to the earthly section of magic books. As arhidemon has the speed for coverage of the entire fight card in one move, this spell will allow you to delay the approach of the enemy to your position.
4
If the total power of monsters in the army arhidemona is superior to or approximately equal in strength to your army, try to avoid direct melee combat as long as possible. If the book of magic hero's spell "Blindness" put it on the strongest enemy group. Shoot back in the distance troops have the opportunity to lead long-range combat.
5
If your hero refers to the Castle and has his army, carry out an attack however, a large group of archangels. These creatures are polar to each other and have a mutual rage. When attacking however, the power stroke of the Archangel is doubled due to rage, and the damage is much greater than any other army.
6
However, keep in mind and attack back. If the first attack the archangels can't kill the entire enemy group or it will not significantly weaken, rage monster could significantly reduce the number of your troops. To avoid large losses, it is desirable to attack however, under the influence of a spell of blindness. In this case, retaliation will follow.
Is the advice useful?
See also
Присоединяйтесь к нам
New advices