How to dress the tourists in UAE

United Arab Emirates represent almost a miracle of light, because an advanced country that emerged from the desert just over thirty years, cannot fail to surprise. However, its residents cherish their traditions, for example, strictly adhere to the dress code for going outside. 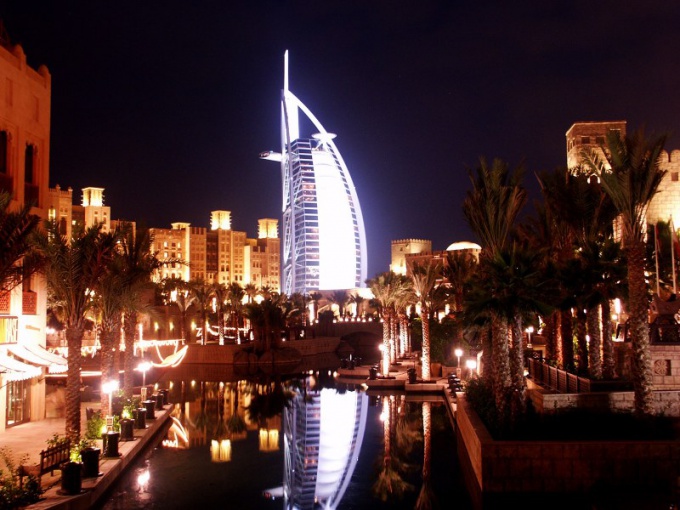 Related articles:
You will need
Instruction
1
Cover the legs. Choose the clothes that the legs below the knees were covered from prying eyes. Yes, tourists often violate this prohibition, leaving the city in shorts, for which he received a disapproving and disgruntled views of local residents, and sometimes provisions about the payment of a fine from the police. Purchase a light linen pants, and you don't have to worry about what's to come for the day trip at Dubai or Abu Dhabi.
2
Cover your shoulders. Another part of the body that must be covered is the shoulders. Therefore, going on rest to the United Arab Emirates, forget about the t-shirts on the straps and, especially, without them. T-shirts and jackets with long sleeves - that's what you can appear in public in the UAE.
3
Forget about neckline. Any cutouts and other methods to bare Breasts are illegal, violations of this policy will result in a fine or arrest.
4
Avoid clothing that is too tight or the body x-rayed. It will also be added to the violation of the law.
5
Behave decently. The behavior of people on the streets is strictly regulated by the laws, so they do not forget at any time of the day. Be calm, try not to raise your voice, do not throw jokes on his companions in front of people. And, of course, one of the most important rules that directly concerns Russian tourists - a ban on the use of alcohol. The country is completely refused from alcohol, you will find it on the shelves and in open access, for example, the bars on the beach. But you can always have a glass at some restaurants, which have the right to distribute alcohol.
Note
Sharjah is the most restrictive among the other Emirates, and does not tolerate deviations from the laws as others. Of course, in the beach area you can be dressed in swimsuits, but when you exit it again must obey the law.
Useful advice
Passing passport control, which often delays, try to behave as calmly as possible. A lot of cases where tourists have not yet formed on the control in UAE sent back home for lewd behavior in a public place.
Is the advice useful?
Подписывайтесь на наш канал