How to recognize false gestures

A lie is a very common phenomenon. Almost all people lie almost daily. The reasons for cheating can be many: to "get away" with, or to benefit, there is also the false "benefit" or something to embellish. To recognize the truth you will help the detector body language. 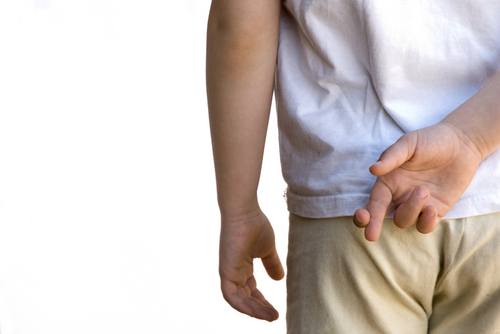 Related articles:
Instruction
1
The fact is that when people are lying, non-verbal signals of his body it immediately "issued. These signs manifest itself as nervousness or a protective gesture, or otherwise. The most noticeable symptom is severe sweating (perspiration on his forehead, sweaty hands) and fine tremor of the body, which can be transmitted and the speech (when a person responds in a trembling voice). These symptoms may point to the fear of possible disclosure of deception.
2
Another sign of a lie blink a lot or "running" look. A liar is afraid that eyes "betray" him.
3
When a person wants to hide a lie in an ostentatious sincerity, his "issue" overly sincere look, a raised eyebrow etc. are signs of "excessive" sincerity.
4
To identify a liar is unnatural or "tight" smile, when a person tries to "squeeze" it, to create a favorable impression and deceive the vigilance of the interlocutor. But crooked smile, which may seem charming, gives a person prone to lying. This is especially true of people, the mouth of which is stretched to the right. This means that the person carefully controls his emotions and works to the public. Another sign of lying - twitching of the mouth.
5
A sign that the interviewee tells a lie, is also the friction or rubbing of the nose tip or the ear lobe. Also, the liar can pull at your hair or hide your hands, not knowing what to do with.
6
When a woman is lying, she begins to put himself in order: makeup, hair, etc. a Man usually corrects the laces, tie, collar, hours. Or people tricking you, can pretend to restore order. Thus he seems to be trying to hide the order their lies.
7
Note also the position of the body of the interlocutor, which you want to check for falsity. A symptom of lying can be rocking the body back and forth, left and right. Or the source often changes the posture ("fidgeting" in the chair), or in case it "leads" back, as if he wants to move away and thus protect himself from you.
8
Lips can also be a lie detector. For example, if a person licks his lips (which means they are dry) or teeth. Also signs of nervousness, indicating a lie - biting lips or nails, or frequent cough.
9
On a possible lie can also tell the protective gestures of the person. For example, if he covers your mouth or throat, or fold the limbs - hands and feet.
10
If your partner smokes, notice how often he "goes" while Smoking. Frequent "tightening" can be another sign of lying.
11
To read body language, you will need powers of observation, analysis and intuition. In addition, you need to understand that you don't have any of these signs talking about the lie your partner. For example, a person can be simply shy or anxious, frequent blinking can be caused by nerve disease, and cough may occur from a simple sore throat etc. Another important point - "body language" gives people, who cannot lie, who lie from time to time and ashamed of his lies. A pathological liar devoid of conscience or just know how to lie to a person using sign language to "calculate" unrealistic. There are many cases when liars "fooled" even the most experienced employees.. let's say, special forces, and also cheated a device known as a "lie detector". In such cases, the liar can be identified by facial features with the help of physiognomy, and also on the aura - but that's a separate issue.
Is the advice useful?
See also
Присоединяйтесь к нам
New advices