How to draw a coat of arms and flag of Russia

To draw a coat of arms and flag of Russia, first view their images in a book or the Internet. This will make your work easier and help to complete the correct pattern. Carefully study the emblem. Work on the figure of the eagle with the attributes requires attention and care. In order to make a drawing, you need auxiliary lines and calculation of proportions. 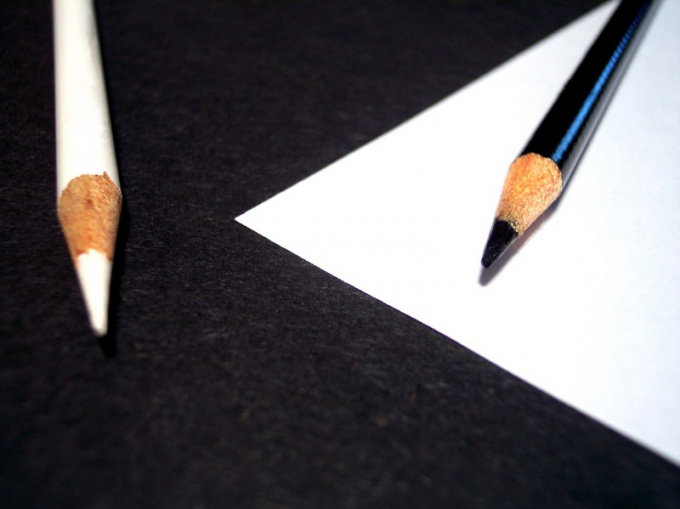 Related articles:
You will need
Instruction
1
Take a sheet of paper and position it vertically. It is better to depict the coat of arms and flag on separate sheets. For advanced drawing, you will need pencils and a ruler. First, draw the emblem, which is a figure crowned double-headed eagle with the image of historical Moscow emblemon his chest.
2
In the center of the sheet draw a vertical rectangle with rounded lower corners and a pointed bottom side. With a ruler divide the rectangle in half with a vertical line. Then draw four horizontal lines, dividing the rectangle into five equal parts. These auxiliary lines will help you to correctly draw the figure of an eagle, and the accompanying attributes.
3
The upper lines mark the tops of the crowns with ribbons, draw an eagle head with open beak and tongue sticking out and two necks, merging into one. As the figure of an eagle symmetrical, try to portray the parts together. That is, drew one head, then draw another. In the centre above the heads of the eagle will draw a large crown.
4
The second line is at the level of the upper side of the historic coat of armsand of Moscow, located on the eagle's breast. This emblem represents the same rectangle with rounded ends and a pointed hem. It includes the figure of the horse with the rider holding a spear and striking snake. This song draw a schematic, it is not necessary to draw the fine details. From the coat of armsand draw the outspread wings of an eagle.
5
The third line runs along the lower border of the Moscow historical coat of arms. From this line start painting the legs of an eagle. In his right paw draw a scepter in the form of a rod, decorated with a gold tip and rings. In the left draw power, which is a Golden ball with a tip in the form of a cross. The fourth line separates the period in which is the image of the tail of the eagle that represent five stylized feathers.
6
After you have completed the drawing of the coat of armsand a pencil, start coloring with crayons or paints. You will need the following colors – yellow, black, red, blue, white, grey. First paint the figure of an eagle in yellow, draw the entire outline of the feathers black, then proceed to detail the attributes of Royal power, the crown, the coat of arms. Then cover in red color the whole background. Drawing the coat of armsand is ready.
7
To draw the flag of Russia, take a sheet of paper and place it horizontally. Draw a rectangle whose width is 2/3 its length. Divide the rectangle into 3 equal horizontal stripes, the lower of which paint in red, middle in blue and leave the top white. Trace flagand dark color. The drawing is ready.
Is the advice useful?
See also
Подписывайтесь на наш канал