How to graph the regression

Regression analysis is a search function, which would describe the dependence of a variable from a number of factors. The resulting study equation is used to plot the lines of regression. 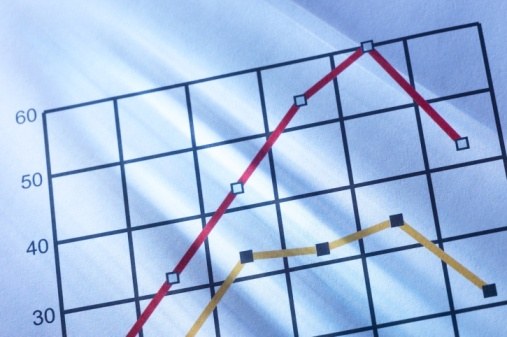 Related articles:
You will need
Instruction
1
Calculate the average value of the effective (y) and factor (x) of the characteristic. This can be done using the formulas of simple arithmetic and weighted average.
2
Find the equation of the regression. It reflects the dependence between the test indicator and the independent factors affecting it. For a time series to its schedule will be in the form of a trend, characteristic of some random value over time.
3
Often the calculations use the equation of a simple steam regression: y = ax+b. But also apply other: power law, exponential and exponential functions. The type of the function in each case can be determined by selection line, which more accurately describes the studied dependence.
4
The construction of linear regression is to determine its parameters. It is recommended to count by means of analytical programs for personal computer or a special financial calculator. The simplest way to find elements function is the application of the classical approach based on the method of least squares. Its essence consists in minimizing the sum of squared deviations of actual values from the calculated. It is a solution of the system of the so-called normal equations. In the case of linear regression the parameters of the equation are the formulas: a = khsr – bxср; b=((y×x)SR-SRM×khsr)/((x^2)CP – (khsr)^2).
5
Based on the obtained data, make the function of regression. Calculate the average x and y values, substitute them in the equation obtained. With the help of it, find the coordinates of the points of the line of regression (xi and yi).
6
In a rectangular coordinate system on the x-axis put the value of xi, respectively, the values of the variables yi on the y-axis. The same it is necessary to note the coordinates of the averaged values. If the graphwas constructed correctly, then they will intersect at a point with coordinates equal to the average values.
7
The line of regression reflects the expected value of a function at a certain argument values. The stronger the relationship between a symptom and factors, the smaller the angle between the graphof AMI.
Is the advice useful?
See also
Присоединяйтесь к нам
New advices