How to get platinum

Platinum in Mineralogy refers to the native metals. So it was named by the Spanish conquistadors because of his resemblance with the silver. Since platinum was almost impossible to handle, it is not appreciated and it was cheaper than silver. Therefore it is called "serebristo", exactly translates the name of this metal with the Spanish. 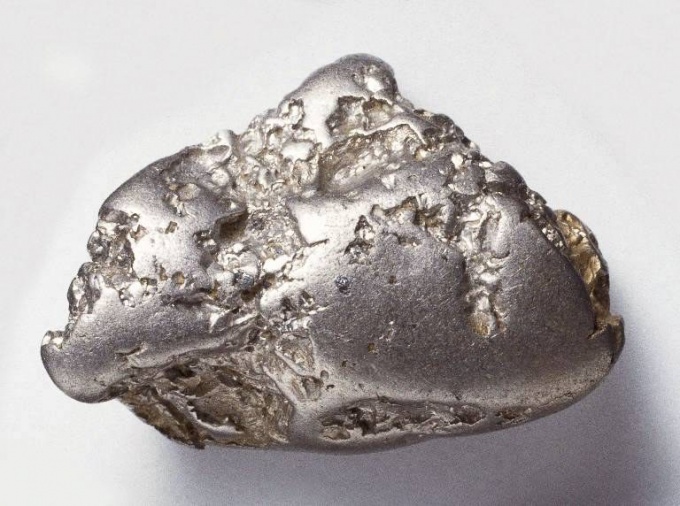 Related articles:
You will need
Instruction
1
Collect native platinum. It is found in the gold mines. In Russia it is produced from sulphide copper-Nickel deposits. The most common individual grains of platinum. Fit and fine crystals. Find nuggets that reach a few kilograms. To include native platinum minerals, iridium, iron, palladium, osmium, rhodium, sometimes copper, Nickel and gold. The most common of them is the metal polixenes.
2
Make a solution of "Aqua Regia". Mix hydrochloric and nitric acid in the ratio 1:3,6. At the time of cooking, the liquid has no color, but after a few seconds turns yellow and then orange. She smells of chlorine and nitrogen oxides and has a strong oxidizing ability.
3
Immerse in Aqua-Regia, native platinum , and stir with a glass rod until complete dissolution. Get platinochloride acid H2PtCl6.
4
Add the solution of ammonium chloride (NH4Cl). Thus the bottom will fall deposits - chloroplatinate ammonium (NH4)2[PtCl6]. This is the method proposed in 1826, the engineers Sobolewski and lubarsky.
5
Wash the resulting precipitate and calcined in air at 800-1000 °C. however, the process of separation of nitrogen, ammonia, chlorine and platinum: 3(NH4)2[PtCl6] = 2N2 + 2NH3 + 18HCl + 3Pt. Gases evaporate, and you get the so-called "sponge". It can be extruded, calcined and forging.
6
Clean received platinum. Again, dissolve it in Aqua Regia, upset chloroplatinate ammonium and calcined residue. After that you can clean platinum be melted into bullion.
7
Arrange for a cheaper method of producing pure platinum in the high-volume production. Apply this method to French scientists Sainte-Claire Deville and Debray. Build a furnace, lined with limestone, with built-in upstairs a hydrogen torch and oxygen supply. On ignition of spongy platinum all the impurities - iron, copper, silicon and others - go into a fusible slag and absorbed in a porous wall furnace. And pure platinum will result in a special chute in the form of ingot.
Note
At platinum recovery solutions by chemical or electrochemical method yields finely divided platinum — platinum black.
Is the advice useful?
See also
Подписывайтесь на наш канал