What fish is found in the Atlantic ocean

The primary formation of the Atlantic ocean began 150 million years ago. His education he was obliged to shift the earth's crust, separating South and North America from the continents of Europe and Africa. The name of the new ocean was named after the Greek strongman-titanium Atlanta. 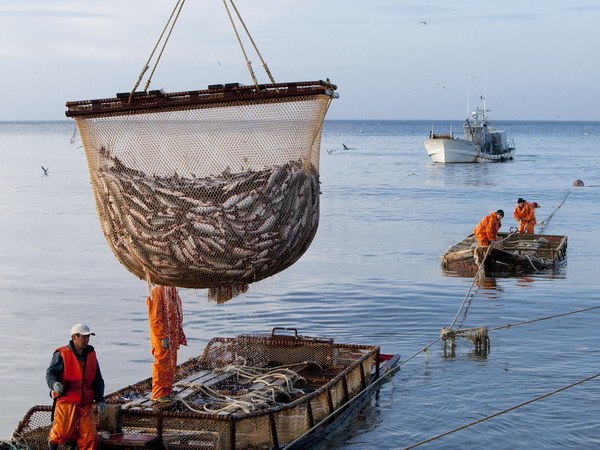 The stormy waters of the Atlantic

The Atlantic ocean stretches from the Antarctic to subarctic latitudes, from North to South on the whole 16 thousand km, and the widest part of the ocean is its Northern extremity, gradually tapering to the equator up to 2900 km In the southern part of the Atlantic ocean connects to the Indian and Pacific oceans, and in the North with the Arctic. For its size the Atlantic ocean is in second place after the Pacific and its coastline are a large number of bays and peninsulas. In the waters of the Atlantic are thirteen sea, accounting for 11% of its area.

In the basin of the Atlantic ocean, which produces the fourth part of the total catch, under international conventions in the field of fisheries, enabling the efficient use of biological resources and regulate fishing.

A food fish of temperate latitudes

Haddock is a heat - loving fish that live on the ocean floor at depths up to 1000 m. Lives in the Northern part of the Atlantic ocean, a favorite habitat of haddock – warmed shallow waters of the Barents sea.

Herring – a kind of fish, numbering about 60 species. Secondary flake herring body compressed laterally, and the edge of the belly is pointed. She has a small mouth, upper jaw does not protrude beyond the lower. Some types of herring live in the ocean, others take a passing fish that come to spawn in the river.

The cod belongs to the Gadidae (cod) family. The length field in cod up to 80 cm, its colour varies from greenish olive to dark brown with small brown spots. The habitat of the cod is spread over a large part of the Atlantic ocean.

Fishes of the tropical belt

Tuna is perfectly adapted to an active lifestyle and constant movement. The powerful body of the tuna is dense and looks like a torpedo. Its Crescent-shaped dorsal fin is perfect for the relentless fast swimming. Tuna live in large shoals and can travel in search of food great distances.

Sardine is a small fish up to 25 cm, slightly thicker than herring. Bluish-green back sardine with colored tides moves into silver-white sides and abdomen. The way of life of this fish is still poorly understood.

Halibut - fish of the flatfish family. Traditional painting of halibut varies from dark brown to olive. The body is broad and flat with a big mouth. Adult length of this fish up to 130 cm and can weigh 30 kg.
Is the advice useful?
Присоединяйтесь к нам
New advices