How to make a scan of the cylinder

The cylinder is one of the basic three-dimensional figures. The cylinders are elliptic, circular and parabolic. The form of the cylinder is determined by which flat figure lies at its base. The most common (and simple to construct) case is a straight circular cylinder. 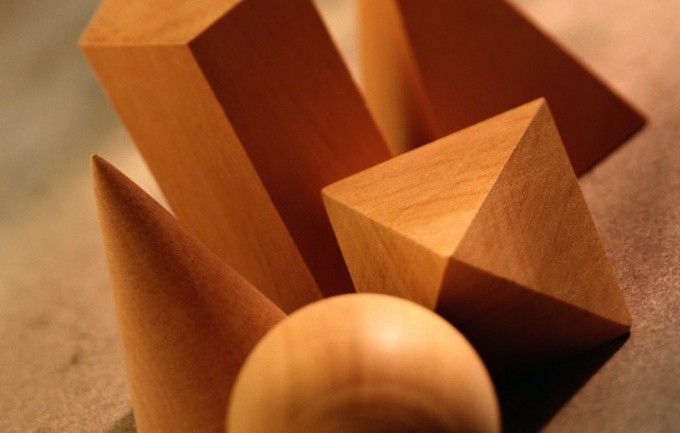 Related articles:
You will need
Instruction
1
Direct circular cylinder is defined by two quantities: the base radius R and height of the cylinder H. Knowing the radius of the circle lying at the base of the cylinder, it is easy to compute the circumference of the base. This value is necessary to build a scanner. It is equal to L = 2NR, where Π=3,14159.
2
Any cylinder has two bases and the lateral surface. In a right circular cylinder both bases are circles. Side surface while unrolling it onto the plane looks like a rectangle with sides L (length of the circumference of the base) and H (height of cylinder). Thus, the scan of a right circular cylinder contains a rectangle and two circles.
3
Construct with compass two of the same circle of radius R. Then use the ruler and pencil, draw a rectangle with length H and height L = 2NR. Provide fields for the bonding of the figure. It is convenient to make a long strip for gluing on one side H of the rectangle and a small triangular field on both sides of the L. the Total sweep look at the picture.
Note
If the cylinder is elliptic, the base it is an ellipse. Then in the above algorithm instead of circles draw ellipses, and the length L1 of the ellipse calculated according to the following table. The rectangle (the lateral surface) in this case dimensions H x L1.

In the case of the truncated at an angle to the base of the cylinder will have to build the surface of the cross section in true size.
Is the advice useful?
See also
Присоединяйтесь к нам
New advices