How to remove Chuck on makita

Today, the Japanese company Makita is one of the most popular tool suppliers on the Russian construction market. Various models of electric drills Makita are well-deserved consumers. Despite the reliability of these instruments over time their parts wear out. Wear jaws of the Chuck of a drill leads to the fact that fix it or the drill bit becomes impossible. In this case, there is a need to replace the cartridge. 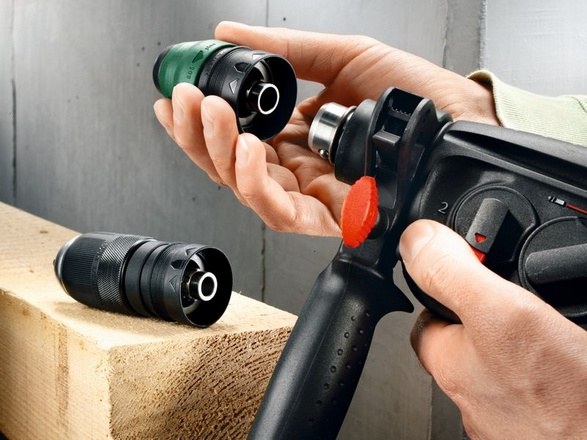 Related articles:
You will need
Instruction
1
Determine the type of Chuck your drill MakitaВсе drill Makita can be divided into two types - models with Keyless and key Chuck. Both types of cartridges belong to Cam sight. The cartridge is a hollow cylinder, with metal Cams and the adjusting ring. Cams Chuck close or removed, depending on the direction of rotation of the tool. One base of the cylinder is used for clamping of drills and bits. The other is provided with a threaded hole or a conical surface. And thread and the cone are used to mount the Chuck on the spindle of a drill. Drill bits and can be locked in the Chuck using the key, and without it.
2
Chuck key is made of metal and is considered more reliable, a classic case of attachment. However, replacement drill this cartridge takes a lot of time and requires a special key.
3
Keyless chucks are made both from metal and from plastic. Since the plastic is more fragile material, plastic bullets are usually installed on models with little power. Shock or a powerful two-speed drill equipped with, usually, a metal cartridgemi.
4
Keyless chucks are dvuhmetrovye and onomatopee. Makita models with automatic shaft lock feature odnomodovykh cartridgemi that provide the ability to change the nozzle with one hand. When you change attachments in dvuhmetrovom the cartridge you need to use both hands - one hand is clamped to the first coupling, the other, Unscrew the second.
5
For removing the Chuck on the Makita it is necessary to unclench his fists and to see, whether there is the web. In the presence of the rod must be considered that he has a left hand thread and, as a consequence, it should Unscrew clockwise. Remove the screw with a screwdriver. If the bolt is too deep, it is recommended lightly tap on the head with a hammer, using a punch.
6
To prevent rotation of the cartridge , use a special cartridge key or clamp it in a vise.
7
Removing the screw, remove the old cartridge. In the presence of a cut on the spanner on the spindle, lock it. In the absence of sections it is recommended to remove the housing cover drills. Lock the spindle from the inside.
8
The algorithm of actions for the removal of the Chuck on the Makita drills may vary depending on the drill model and type of cartridge.
Is the advice useful?
See also
Присоединяйтесь к нам
New advices