How to build a spiral

The construction of the spiral in the drawing is used to draw some elements in architecture and engineering. For example, screw elements on the surface of the cones or spirals of the heating elements. 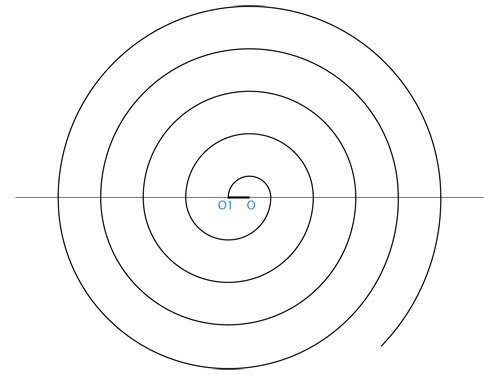