How to tie a sliding knot

Handiwork require the presence of certain skills, including tying a sliding knot. Very often, this method of weaving yarns used in the manufacture of jewelry. 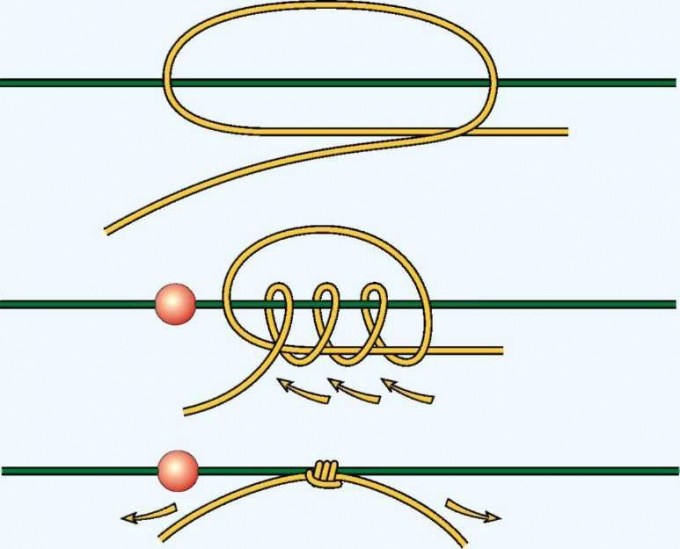 Related articles:
Instruction
1
The first thing you need to do to prepare cotton cord medium thickness, with a length of about 90 centimeters. Put on the required jewelry item: pendant, beads, other decorative elements. Original and unusual will look like one large bead, cylindrical or flattened in shape, especially if it is made in ethnic style.
2
Take the ends of the cord in the arm so that on each side was the stock of approximately 15 inches, and aim them towards each other. Now bend the right end so that the tail was directed outside and sits on the edge. Clamp the resulting loop. Don't forget to ensure that its value was not more than 10 cm. Work with the right end of the cord, and subsequently on the left will drive the node.
3
Point the left tip of the cord left to right, pointing them in the loop and part of the cord a few times, and then gently lay the resulting "helix" in the opposite direction. Make 2-3 such loop, holding the knot with your fingers and control the tension of the cord. Then flow through a loop right and left ends so that they can be tightened in a knot. You do not have to pull it too much, as the coils should move freely on the cord.
4
Now, when the first node isOK done to commence the second. The algorithm of actions will not change. The new node will be passive (not working). Next, you need to make a loop at the second end of the cord. For this obvate it a few times with the free end and then tighten the knot. In a loop should be to pass the remaining tip of the cord (the remaining surplus can be safely cut). At the completion of all actions makes sense for reliability to glue the ends of the cord.
Is the advice useful?
See also
Подписывайтесь на наш канал