How to tie two ropes

Not a single angler or hunter, rock climber or diver, and just people can not imagine life without the host, because they are found almost everywhere. Knots is a practical and reliable way to connect multiple ropes, or tying with ropes of something to a particular place or subject. 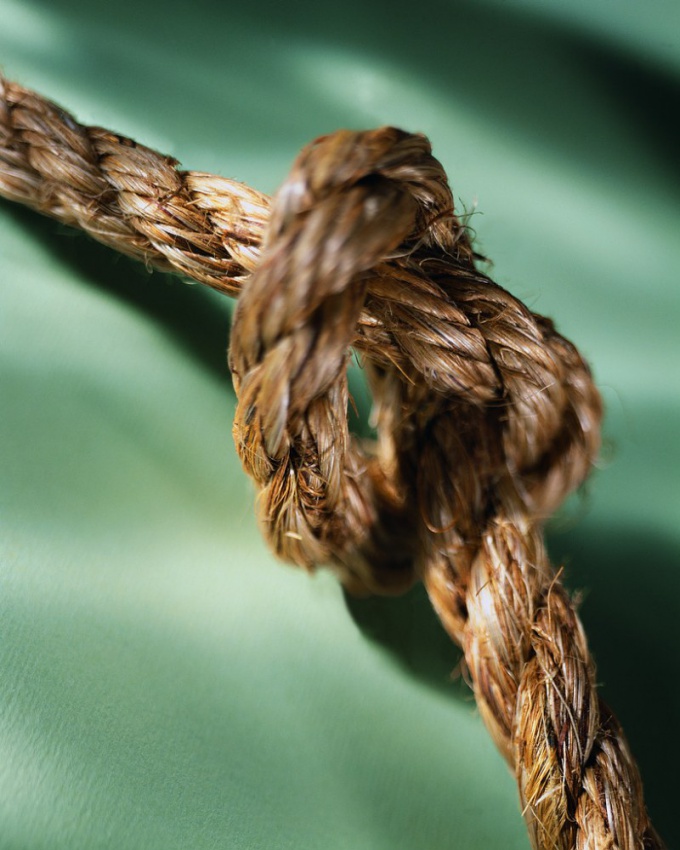 Related articles:
Instruction
1
Any node should be tight and have the right view, only then he is considered to be quality and reliable. The most common site is flat, he has earned the trust of sailors and soldiers, and hunters and fishermen for its reliability.Prepare two ropes of any length. In case you need to tie two ropes into a circle, you must know that the length of the ropes should be commensurate with their thickness, i.e. the thicker the rope, the longer it needs to be so that it is easy to bind her. It is clear that if you take linen rope five inches, you are unlikely to associate them. The clothesline should be taken at least 30-40 centimeters.Lay the two ropes in front of you, parallel to each other.
2
Take one and the second the rope and cross the ends. Then start the tail of one (in the jargon it is called working the tail) for another. Go around the second ponytail from the bottom and thread in a loop. Pull the tail and secure the loop by pulling on the two ends at the same time.
3
Take again the tails and one of them now go around the second bottom. Thread working tail into the loop on top now.Pull the two ends of the tightening knots. You should get a flat knot. Depending on the thickness of the rope, such a knot may be bulky, but the principle will still be the same.
4
If you need to tie two ropes in one round, you'll need to make all of the above steps and the other two ends. Leaving the first node, take the two other tip, put the working tail of the rope for a second and rounding them a second pass in the loop, tighten the ends, and then repeat the same actions, only around the second tip already, not from above but from below.
5
Tie "snail" knot. Put 2 ropes parallel to each other. Take both ends and fold under the base of the rope, and then describe them eight to one half of it was under the thread, and the second on top. In the upper loop thread both ends and tighten. Rope securely bound.
Is the advice useful?
See also
Подписывайтесь на наш канал