How to tie strong knots

Situations when you need to tie the knot, at every step. If you do not want to expose associated fragments of several cord serious loads, you can use any double knot. However, in many cases it is from the strength of the joint ends of the rope depends on the security of the cargo and even human life. To develop strong nodes . 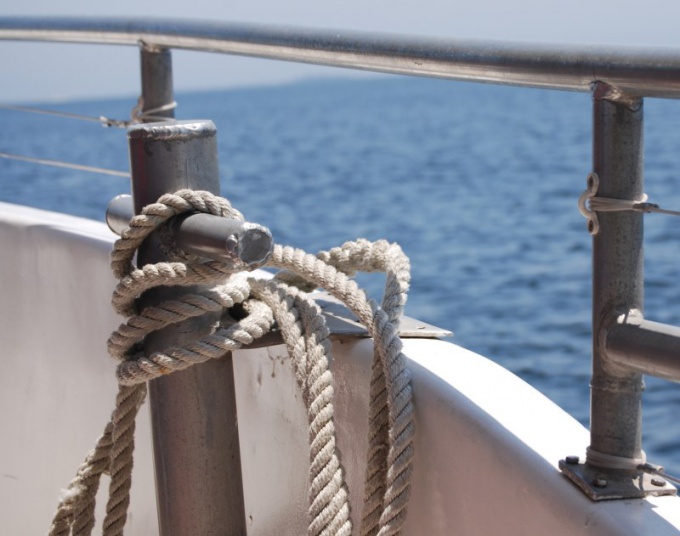 Related articles:
You will need
Instruction
1
Let's see what you have to communicate and for what purpose. Will you then untie the knot, is it important to you that he is not delayed in the process. For ropes of the same thickness, any suitable nodes. If one piece of cord is much thicker than the other, use a counter-site or "eight".
2
The end of the thicker cord fold eight. Lay the cord evenly, then the end that you want to bind, bend a loop, slide over the main part of the cord, then under it. You have two loops. The end of the cord parallel to the main lead parts in the loop, which was formed first. Knot do not tighten. 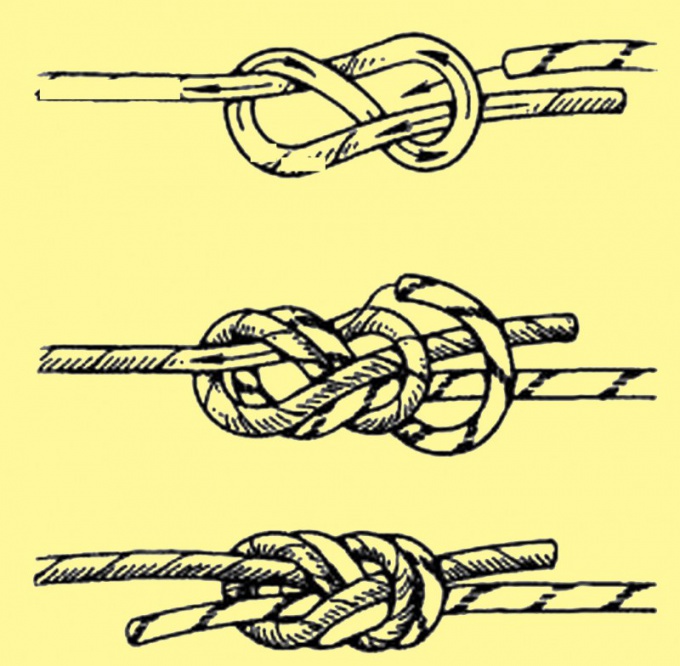 3
The end of the second cord enter in the first loop. Then swipe it exactly follows the contours of the first rope. Output it through the second loop. Tighten the knot. This is a very reliable knot which is not untied and not crawling under heavy loads. It has one drawback — in order to tie it, takes some time.
4
For ropes of different thickness suitable Bremshey node. He's fit in pretty quickly. Enough to make to connect the ends of the loops and connect them as shown in the figure. This unit is very reliable under constant stress, but sometimes crawling of the variables. Before you tie the cords depends on someone else's safety, don't forget to make a test site and test it for load. 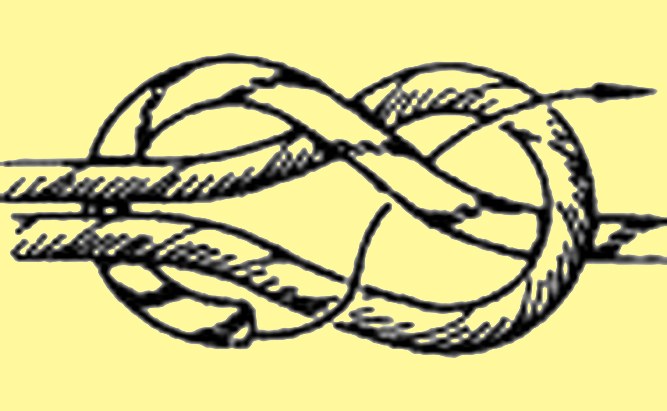 5
Sheet bend is similar to Bremshey, but it is good for joining ropes of equal thickness. It consists of three elements — Central node and two lateral. For the Central node do 2 loops and connect them as shown in the figure. Lateral nodes are formed by the loops that are on one of the cords, and the clasp another. 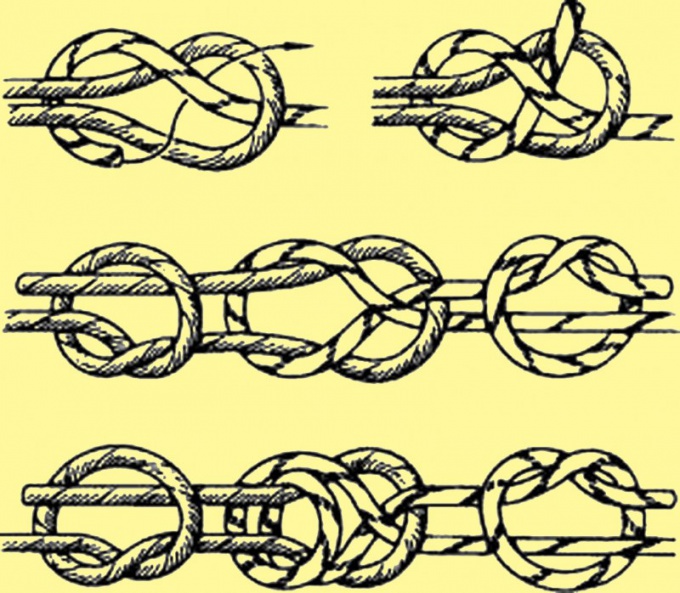 6
If you it is important that the site was not only durable but beautiful, learn to knit "grapevine". Do not get lost, if it doesn't happen, to run this node requires some skill. Around one end of the cord make 2 of the spiral loop of the second. The end of the spiral guide formed of a loop so that it was parallel to the first cord. Then through the loops in upward direction from myself pull the second end of the same cord This ancient nautical knot looks like one cord is simply wound on the other. However, to unleash its quite difficult. 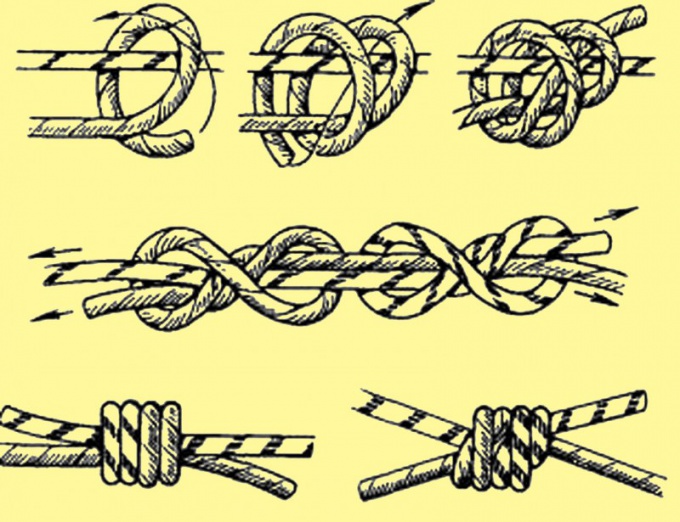 7
To firmly connect, for example, synthetic line, "snake" node. He almost untied, but require some practice. Put the cords cross. The end of one bend in a wide loop, a few times wind the cord in a spiral around a second. From the free end of the second cord and do the same loop, then just wrap the free end around the first. Knot tighten. 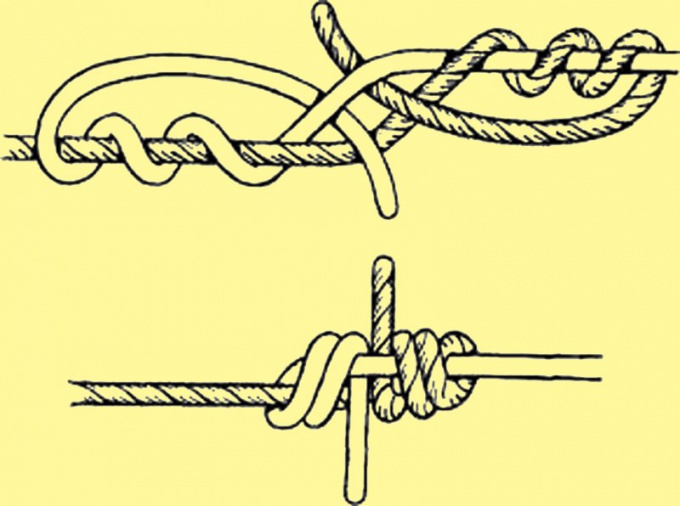