How to grow bonsai pine

The formation of bonsai pine is associated with a number of difficulties. These trees do not tolerate transplanting, require special conditions in the winter and have two main periods of growth. However, miniature pine trees, formed in one of the styles of bonsai that look very attractive. Most often for the formation of the miniatures used pine with short needles. 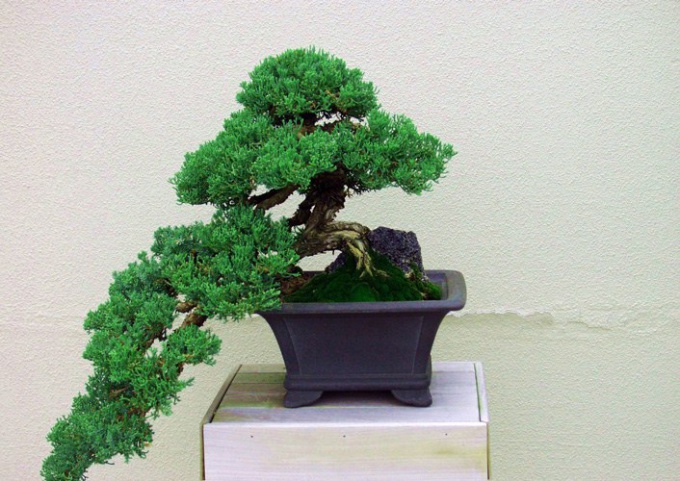 Related articles:
You will need
Instruction
1
For growing bonsai you can take a young plant dug in the woods, but more often it is recommended to work with seedling. Transplant in autumn, annual plant in a pot with a diameter of fifteen inches. As a substrate use a mix of parts humus, two parts of sand and the same amount of perlite.
2
If the formation you've chosen the kind of pinewhich can carry the winter in the open ground in the garden, select a place sheltered from the wind, and pricopie the pot with the seedling, covered it with peat and fallen leaves.
3
In the early spring cut the seedling to a height of about ten centimeters. This is done only if the trunk is cut below the left kidney. Thus it is necessary to thin the foliage if it is too thick. On the trimmed plant to weave wire for forming the bend of the barrel.
4
Place the pot of a pine tree in a well lit area. In summer the plant will require abundant watering.
5
In mid-spring, transplant the pine tree in a pot with a diameter of about twenty-five centimeters. Spread the roots and treat them with the powder of the drug "Kornevin".
6
In autumn cut the plant above one of the lateral branches so that the cut was not visible from the other side, which will be considered the front. From this the lateral branches will form the new elite.
7
In summer, allow the plants to recover after trimming. If you are going to form a miniature tree below twenty inches, cut in the autumn the branches on the obverse of the pine, and the remaining lateral branches are shorten to the first branching.
8
Pine, from which to generate bonsai with a height of from twenty to forty inches, fall transplanted into a pot with a diameter of about thirty inches with a soil clod.
9
A plant for forming larger shapes, planted in open ground in a well lit place with loose soil.
10
In early summer presidnete have miniature pine trees all appeared young shoots which have not yet formed needles, leaving about a third of their length. In late summer leave on the table at the two young escape on lateral branches and three on top. Remove the other shoots. Ensure that the remaining branches remained needles.
11
In the spring of next year at the miniature pine trees , you can trim the tap root to shorten by a third the remaining roots and repot the tree in a container bonsai, leaving open the root neck.
12
Have pine of medium size in early summer, pinch out the candle, and in late summer, cut the branches from the front side. For the formation of a new direction of growth should be cut off branch, who played the role of the elite to the nearest branch. This plant will need to generate pruning and overlay the wire over the next three years.
13
Large pine tree shape with pruning, wires and plucking the needles for four years. All this time the plant is in open soil. Form a tree transplanted into a container, cutting the roots and completely changing the soil.
Is the advice useful?
See also
Присоединяйтесь к нам
New advices