How to get rid of freckles

Few believe that freckles adorn their faces and try every imaginable and unimaginable ways to get rid of them. However, specialists recommend to start with, try simply to prevent from occurrence. And for this purpose perfectly suited a good sunscreen. 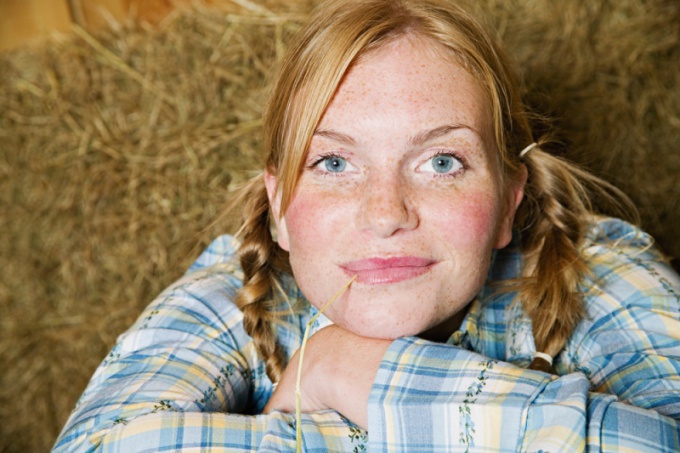 It should be noted that this tool can benefit both women and men. However, it is necessary to comply with the rule, which says that light skin should use sunscreen with a large SPF numerical coefficient which shows the degree of reduction skin absorption of ultraviolet radiation. To use such a cream must approximately since March. Apply half an hour before going outside.

Experts recommend that people who are prone to freckles not to go outside the “peak” of solar activity: from eleven in the morning until three in the afternoon.

The formation of melanin pigment substances, which appear freckles, prevents vitamin C, so its consumption is recommended by specialists.

To get rid of freckles that have appeared on the face, on their own, allow diverse modern bleaching lotions and creams. However, their use is fraught with dangers, the cause of which may be basic ignorance. In order for the best effect, you need to be knowledgeable not only about the type of own skin, but that skin requires a substantial period of time. In addition, the use of bleaching agents is recommended in the evening to a reduced resistance of the skin to sunlight was not the cause of burns.

A huge number of folk remedies are also quickly enable you to get rid of freckles. The first in this list is a decoction of chopped fresh parsley which should infuse for at least three hours. This broth is recommended to wipe the face twice a day, morning and evening.

Next in popularity is a decoction of dandelion root, which is made and used similarly to the decoction of parsley. The same effect have herbs such as yarrow, licorice, and bearberry.

Use for bleaching facial citric acid, requires special caution because it may cause irritation: a procedure must end with the application of nourishing cream.