How to fix the sensor for the Fishfinder

Thanks to the development of microelectronics and continuous improvement of production technology of sonar has long ceased to be a luxury product and now available even to ordinary fishermen. In order that the sounder was showing accurate data, it is necessary to know the basic rules of its installation. 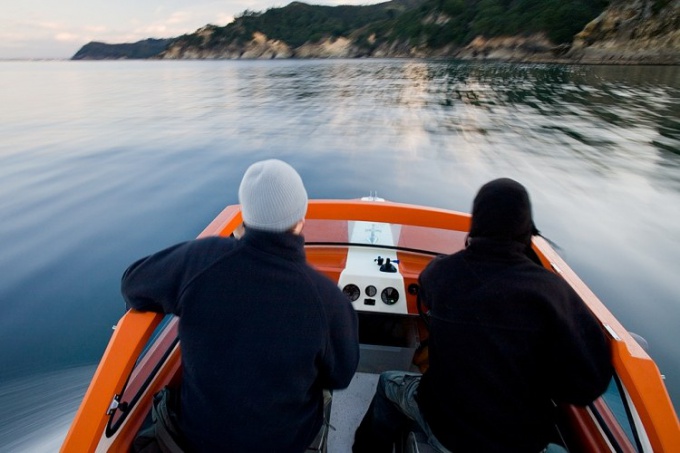 Related articles:
Instruction
1
Before installing sonar , you should select the place of attachment, based on the construction of the boat and included in the supplied device bracket. Sensor sounder must be fully contained in the water parallel to its surface. If it is set inclined, the readings of the echo sounder will be incorrect.
2
When driving high-speed boats very often there is air leak under the bottom. If air bubbles get to the transmitter of the sounder, the device begins to give false readings. So choose to install the sensor locations with the least amount of air bubbles.
3
On small boats and cutters sensor sounder is usually installed in the stern. Included in the supplied bracket can be very uncomfortable and sometimes too strong – when hitting an obstacle, the boat may lose the transom. If you bracket your sounder it is this, replace it with a homemade, made from aluminum plate. The design of the bracket to provide the possibility of tilting when hitting the obstacle.
4
To get rid of the problems with mounting of the sensor, consider gluing it to the inside of the hull. This option is most suitable for fibreglass boats. Select the part of the bottom parallel to the bottom of the reservoir, usually this can be found next to the keel. Inside the case carefully remove the square needed to install the sensor, all the layers of the hull, leaving only a thin outer shell.
5
Insert the sensor in epoxy resin, tightly pressed it from the inside to the outer shell of the hull. Allow the resin to set, then pour epoxy all the space around the sensor. Thin outer shell of the case will not interfere with the emitter of the sonar.
6
When you install sonar on a rubber boat special strength is not required, so the bracket with the sounder can be mounted even on sewing the pocket. Nevertheless, the rule to provide for the mounting bracket Fishfinder on a more reliable basis – for example, to the seat of the boat. Take an aluminium tube with a diameter of 1.5-2 cm. Flatten one end, drill a hole for mounting. Then bend it at a right angle approximately 3-5 cm from the edge. To this end you will mount up to the seat of the boat, drilled a hole in it.
7
The tube gently bend the tubing so that it went around the cylinder side of the boat and steeply went down. Cut it about 10 cm above the water level. The end of the taper in a plane parallel to the Board. Drill in the tapered end of the hole. Here, on the screw clamp, attach the flat plate with the transducer of the echo sounder. Comfortable to hold it through the rubber gasket so that the plate with the sensor was moved by hand with little effort. Approaching to the shore, you will be able to raise the sensor of echo sounder.
Is the advice useful?
Подписывайтесь на наш канал