How to divide a smaller number by a larger

The division operation is one of the basic mathematical operations studied in elementary school. But for the algorithm that is taught in elementary school, gradually add more nuances. They need to be taken into account, including when dividing a smaller number to the larger. 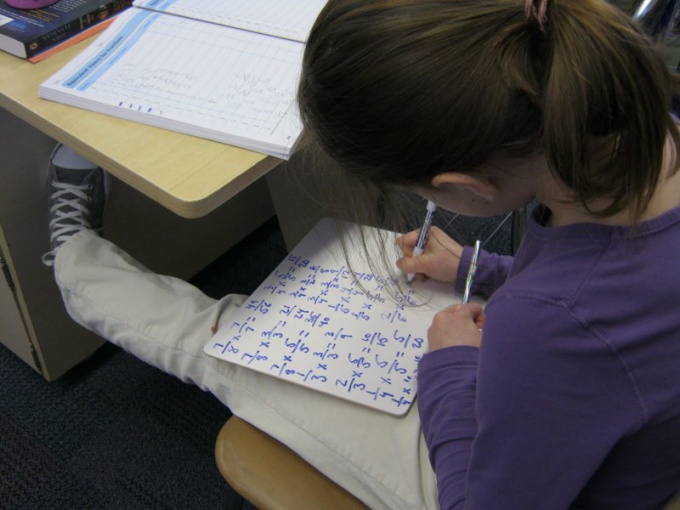 Related articles:
Instruction
1
If a large number is zero, then division by it any smaller (i.e. negative) values it is impossible to determine.
2
If you want to share any positive value by exceeding its value, then the result is sure to be a fractional number. Because there are several versions of writing fractions, you should start with the definition of the format in which you want to obtain the result of the operation depends on the algorithm your follow-up. Two possible options: ordinary fraction or decimal. Consider first, for example, the result in the format of fractions.
3
Make initial values common fraction - put the larger number in the denominator and less in the numerator.
4
Try to simplify the fraction, that is, to pick up common to dividend and divisor an integer that can be divided without a remainder. If such number cannot be found, then the obtained in the previous step the fraction will be the result of the division. If a common divisor exists, then divide by it both parts. For example, if the original numbers were 42 and 49, the common divisor is seven: 42/49 = (42/7)/(49/7) = 6/7.
5
If the result of dividing the larger number by the smaller, the problem can be represented in a decimal fraction, simply divide the dividend by the divisor in any convenient way - in the mind, long division or using a calculator. Often the result obtained irrational numbers, i.e. the number of decimal places is infinite. Of course, in this case, you need to determine the necessary conditions of the problem the accuracy of the result and rounding the resulting value.
6
If a smaller and a larger number have different signs, that is, the numerator is the number is negative, then proceed according to the rules above, discarded at the time a sign of a smaller magnitude. The value of the number without regard to sign is called its "modulus" or "absolute value". To the result of dividing the modulo after the operation, add the negative sign.
7
If both values involved in the operation are negative, the result is bound to be a positive number. So the signs can be discarded immediately and more in General about them not to remember.
Is the advice useful?
See also
Подписывайтесь на наш канал